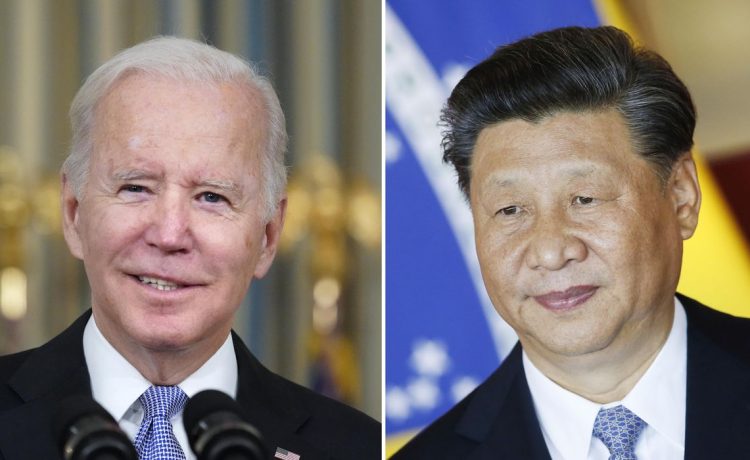 Aides have not confirmed Mr. Biden’s travel plans, but his granddaughter’s wedding is set for November 19 at the White House, the second day of the two-day APEC summit being held here in the Thai capital. Thai newspapers are already reporting that Mr. Biden is not coming, just as China’s foreign minister has verbally confirmed Mr. Xi will make the trip.

November is shaping up as a busy month for global diplomacy, with a major U.N. climate conference starting in Egypt Nov. 6 and the leaders of the Group of 20 nations — which includes the U.S., Russia and China — set to gather Nov. 15 and 16 in the Indonesian resort island of Bali. The APEC gathering kicks off just two days later in Bangkok. Sandwiched in between from Nov. 10 to Nov. 13 is the 2022 annual summit in Cambodia of ASEAN — the collective of 10 Southeast Asian nations that Washington and Bangkok are both courting heavily.

Thai newspapers have reported that the U.S. government has already privately told Bangkok Mr. Biden will be a no-show, although the government here is holding out hope the president will make the trip.

“We are still coordinating with the U.S. and this issue is not black and white yet,” said Tanee Sangrat, the spokesperson of the Ministry of Foreign Affairs, said in a television interview late last month. “The important thing is not about who will be attending, it is about which economies are joining and what they will be discussing.”

“Biden’s absence would not, in and of itself, have a major impact on U.S.-Asia-Pacific relations, as it was always unlikely that he would attend all three November 2022 events in the region,” Benjamin Zawacki, a Bangkok-based Asia Foundation senior program specialist, said in an interview. But “the contrast [with Mr. Xi’s attendance] will be notable, and duly noted by the press and pundits.”

“Washington’s main obstacles are distance and distraction, or put differently, its lack of geographical proximity to much of the rest of the Asia-Pacific, and its necessarily diffuse attention span as a global power,” Mr. Zawacki said. “Few think of the U.S. first and foremost as an Asia-Pacific power, whereas China is synonymous with the term.”

Officials in APEC countries are already weighing the significance if Mr. Biden passes on the Thailand gathering.

“Delegations to APEC summits are usually headed by heads of state or heads of government,” Thailand’s former Foreign Minister Kantathi Suphamongkhon said in an interview.

“Symbolism here is important. Sending a lower-ranking official to a summit, would likely be seen as a snub to APEC,” said Mr. Kantathi now on the advisory board of the California-based Rand Corp.’s Center for Asia Pacific Policy.

“China will benefit from this by demonstrating its commitment to APEC and the Asia-Pacific region at the highest governmental level, in contrast to the U.S.,” Mr. Kantathi said.

Another Thai former foreign minister, Kasit Piromya, who was at one point Thailand’s APEC representative, said, “The non-attendance of President Biden will make the summit less interesting and significant.”

“There will be a general disappointment. Thailand will feel a loss of face. There is a perception that the U.S. is too busy elsewhere, the U.S. is too distant and aloft,” Mr. Kasit said in an interview.

“The obstacles come from within Washington D.C., the lack of political will and motivation, the shortage of expertise and internal communication to come out with common policy measures. People in general are afraid of regime change.”

Mr. Biden’s decision on whether to come will also be closely watched in China.

“The U.S. is increasingly absent from Southeast Asia,” said Joe Horn-Phathanothai, a financial adviser in Thailand and China. “Look no further than the fact they have been without an ambassador to Thailand, supposedly one of their core partners in the region, for 3 1/2 of the past eight years,” he said in an interview.

Veteran diplomat Robert F. Godec is the ambassador-designate to Thailand, after the Senate confirmed him in early August.

“I think the U.S. leader does give Asia-Pacific precedence, especially now that the U.S. is in conflict with other superpowers,” he told reporters.

APEC members are expected to learn more about these and other accomplishments directly from Mr. Xi next month.