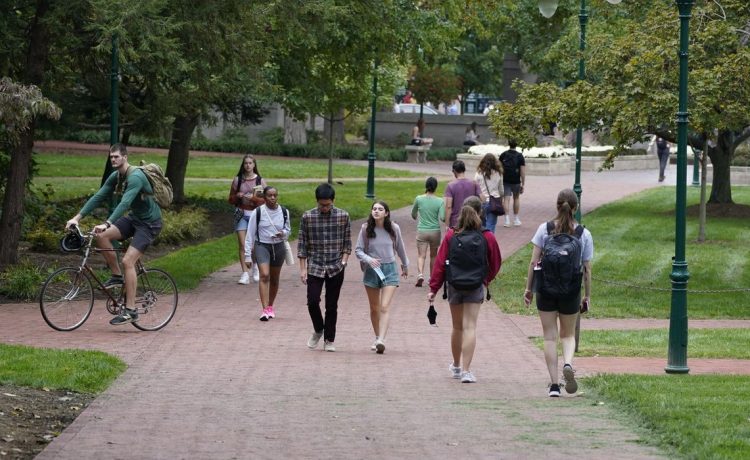 President Biden’s $420 billion student debt bailout will benefit top earners the most, according to a new study released Monday.

The non-partisan Committee for a Responsible Federal Budget estimated that those in the top half of the earning spectrum stand to reap 57% to 65% of the benefit from Mr. Biden’s cancellation of up to $20,000 in student debt for borrowers who earn less than $125,000 per year.

President Biden has touted the plan as a way to level the playing field for those saddled with insurmountable debt and ease the racial wage gap by offering extra relief for Pell Grant borrowers, who are more than twice as likely to be Black.

But the CRFB analysis notes that while the Biden administration attempted to blunt the regressive effect of canceling student debt by setting income caps and extending added relief for those from lower-income families, the plan does not fully reverse it.

According to the CRFB analysis, the application for debt cancellation through the program is likely to be a more significant barrier for low-income borrowers, especially those whose loans are in forbearance and are “detached from the system,” thereby dropping the participation rate in the program among those earning less.

“The lower the take-up rate, the more regressive the policy becomes,” the CRFB concluded.

The report also points out that the administration’s use of income from 2020 to 2021 to determine eligibility could “blunt the effectiveness of the means testing” meant to cancel out its regressive effects.

“Many high-income households had low reported income in 2020 due to the COVID-19 pandemic as a result of temporary job loss, decisions to exit the workforce temporarily for child care, reductions in business income,” the authors note in the report.

The authors also point out that “in any year, there is also a group of high-earning professionals (lawyers, doctors, and MBAs) who were in graduate school or temporary lower-income jobs such as medical residency two years earlier.”

Mr. Biden unveiled his long-awaited plan last month, which includes canceling $10,000 in student debt for borrowers who earn less than $125,000 per year and $20,000 in debt for those who received Pell Grants.

Mr. Biden’s plan calls for lowering monthly payments on outstanding undergraduate loans from 10% to 5% of discretionary income and forgives loan balances after 10 years of payments, instead of 20 years for original loan balances of $12,000 or less.

He also announced one “final” pause on federal student loan repayments brought on by the COVID-19 pandemic through December.

Mr. Biden has faced backlash from both sides of the aisle since announcing the forgiveness, and the plan has been met with legal challenges on multiple fronts.

Six Republican-led states – Nebraska, Arkansas, Iowa, Kansas and South Carolina — sued last week to stop the rollout of the forgiveness plan, arguing that the president does not have the legal authority to write off the billions in debt.

An Indiana-based public interest attorney argued in a separate suit filed last week that the move is an illegal overreach by the administration that would increase state tax burdens for some who have their debt forgiven automatically.