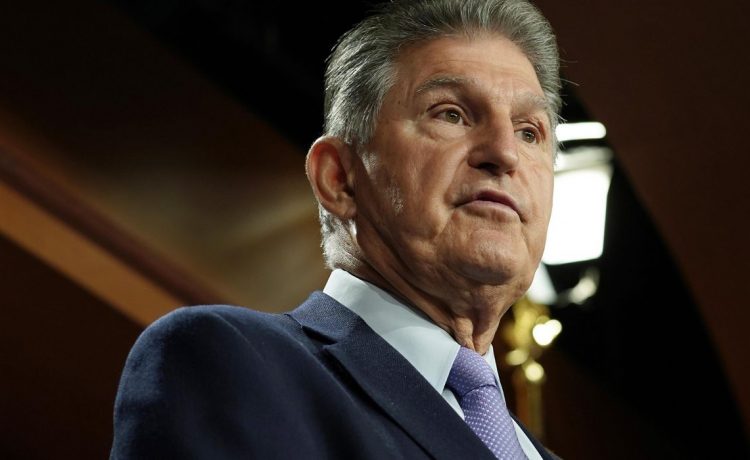 The feud between Sen. Joe Manchin III and far-left Democrats over how to prevent a government shutdown intensified Wednesday as progressive members lobbied leadership to strip legislation by the conservative West Virginia Democrat from a stopgap funding measure.

Congress has just nine days before the federal government will run out of money on Oct. 1 and have to shutter.

Mr. Manchin batted down the notion that progressives would get their way and get a standalone vote on his energy-permitting reform that would streamline projects.

“They’re not going to get it,” Mr. Manchin vowed. “All sides need [permitting reform]. You can’t build anything in America today. You’re going to have to have this. We’re hoping common sense kicks in sooner or later.”

In return for his crucial vote needed to pass President Biden’s tax and climate bill, Democratic leaders agreed to vote on Mr. Manchin’s permitting proposal by the end of September.

Five progressive senators outlined to leadership their resistance to tying the must-pass spending bill to Mr. Manchin’s proposal, taking a page from dozens of Democrats in the House who have also expressed their opposition.

The quintet argued his proposal would disproportionately hurt disadvantaged communities by laying the groundwork for speedy fossil fuel projects.

In a letter to Senate Majority Leader Charles E. Schumer reported by Politico, the progressive senators told the New York Democrat that “such important issues should be examined through detailed committee consideration and a robust floor debate separate from the urgent need to see that the government stays open.”

The letter was led by Sen. Jeff Merkley of Oregon and signed by Sens. Tammy Duckworth of Illinois, Elizabeth Warren of Massachusetts, Bernie Sanders of Vermont and Cory Booker of New Jersey.

The senators did not, however, explicitly state whether they were prepared to vote against the government funding bill if it includes Mr. Manchin’s permitting reform.

Signatories of the letter repeatedly dodged the question.

Ms. Warren, prompted whether she would be willing to risk a government shutdown, said “that is not on the table.”

Mr. Booker described concerns from environmental-justice groups as “legitimate and valid,” and said he was “grateful” that Democratic leaders are having a “constructive conversation” about it.

Mr. Schumer said Tuesday he intends to keep the stopgap funding tied to Mr. Manchin’s legislation and “get it done.”

Sixty votes will be required to keep the government open past Sept. 30, a feat that will be difficult if Democrats do not separate the two pieces of legislation amid fierce pushback by both parties.

Appropriators are also grappling with whether and how to include several tranches of money that the Biden administration has requested for relocated migrants, COVID-19, natural disasters and Ukraine.

Republicans, meanwhile, have unveiled a dueling energy permitting proposal of their own, and they are in no mood to give Mr. Manchin another victory in the wake of Democrats’ tax-and-climate law.

Mr. Manchin on Tuesday described the bipartisan opposition against him as “revenge politics” that has given way to “strange bedfellows.”