The Great Days > News > Joe Manchin: ‘No intention’ of switching to independent but doesn’t close door to leaving Democrats
News

Joe Manchin: ‘No intention’ of switching to independent but doesn’t close door to leaving Democrats 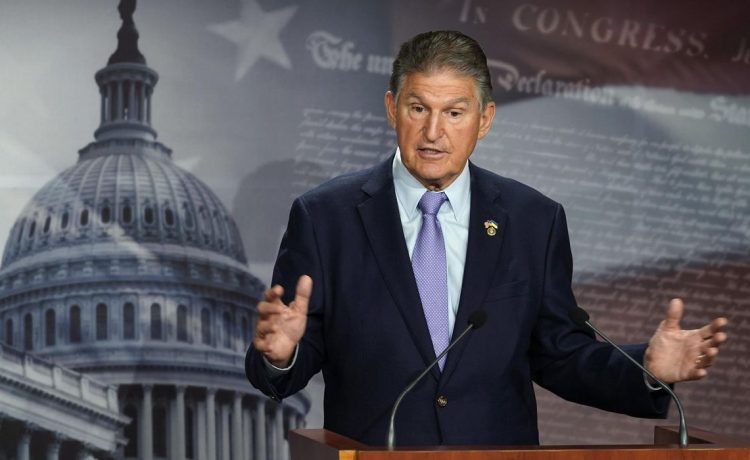 Sen. Joe Manchin III said Monday he doesn’t plan to follow in the footsteps of Sen. Kyrsten Sinema of Arizona and switch his party affiliation from Democrat to independent, despite the moderate West Virginian frequently butting heads with his party.

However, Mr. Manchin did not close the door entirely. He said his quitting the Democrats is not out of the realm of possibilities.

“I’ll look at all of these things. I’ve always looked at all those things, but I have no intention of doing anything right now,” he told reporters at the Capitol. “Whether I do something later, I can’t tell you what the future is going to bring.”

Ms. Sinema’s abrupt switch infuriated many Democrats. Her announcement last week came shortly after the party’s strong midterm performance in which they gained one seat in the Senate to expand their majority to 51 seats. Democrats will still hold the majority, though it is not yet clear whether Ms. Sinema will caucus with the Democrats despite holding on to her committee assignments.

The shakeup prompted renewed questions over whether Mr. Manchin may be mulling a similar move. Both he and Ms. Sinema are up for reelection in 2024. Ms. Sinema would have faced a primary challenge from the left. Mr. Manchin is facing a rough general election race against a Republican.

Mr. Manchin said he “respects” Ms. Sinema’s decision and emphasized that he, too, does not fit into the typical mold of a “Washington Democrat.”

“I’m not a Washington Democrat. I don’t know what else to tell you,” Mr. Manchin said. “And if a Washington independent is — we’ll see what happens there. We’ll have to look. People are registering more for independent than any other party affiliation. They are sick and tired of it.”