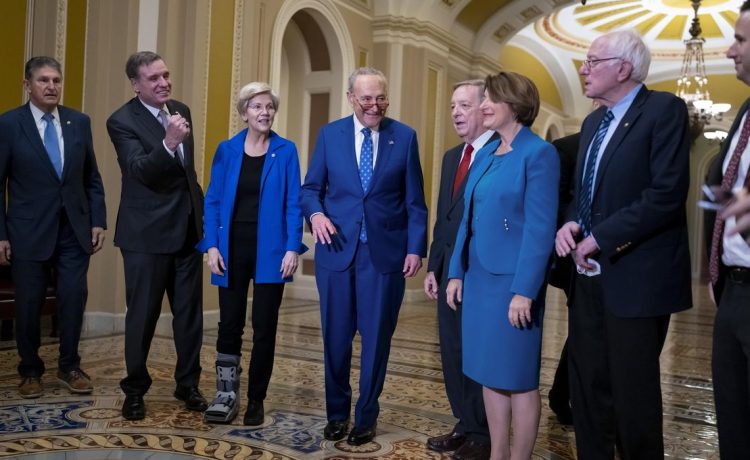 The conservative West Virginia Democrat, who is up for reelection in 2024, is a frequent critic of his party and toxic Washington politics but said he still has no plans of becoming an independent like Ms. Sinema of Arizona.

“I’ll let you know later what I decide to do. But right now, I have no intentions of changing anything except working for West Virginians, trying to give them more opportunities, better quality of life and basically making sure our country is energy secured,” Mr. Manchin said on CBS’s “Face the Nation.” “I’m not going to be relying on other parts of the world or other countries to deliver energy for what we need for our economy and our defense of our country.”

Mr. Manchin has not said whether he plans to seek another term in the Senate. The Democrat, who alienated conservatives in his coal-producing home state after supporting his party’s tax-and-climate spending bill, would face several potential GOP challengers if he ran as a Republican.

He’s continued to leave the door open when it comes to leaving the Democrats.

“They know how independent I am. The ‘D’ does not saddle me to everything the Democrats want to do is what’s right. I don’t think the Democrats have all the answers. I don’t think the Republicans are always wrong, and vice versa,” Mr. Manchin said. “I don’t look at things that way. Where I came from is basically, how do I survive and make it better and the quality of life that we can extend to more people? That’s it. And if Republicans have a good idea, and I like it, I’m with it. And if I’m the only Democrat, which I’ve been many times, I feel very comfortable and come home and explain it.”