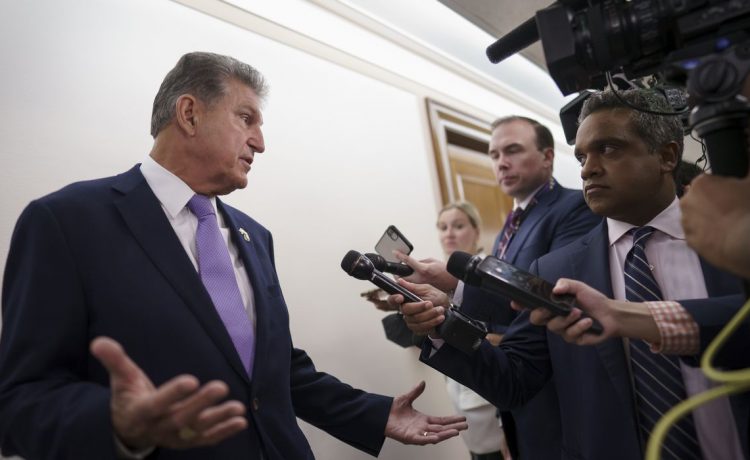 Sen. Joe Manchin III on Wednesday announced that he reached a deal with Senate Majority Leader Charles E. Schumer on a party-line bill to hike taxes and spend on climate change and health care programs.

The talks between the two Democrats were believed to have died earlier this month when Mr. Manchin said he would not support climate and energy provisions due to inflation concerns.

Details of the new deal remained slim. Mr. Schumer, New York Democrat, did not immediately respond to a request for comment.

Mr. Manchin, West Virginia Democrat, said the new package would “dedicate hundreds of billions of dollars to deficit reduction by adopting a tax policy that protects small businesses and working-class Americans while ensuring that large corporations and the ultra-wealthy pay.”

“This bill will cut the inflation taxes Americans are paying, lower the cost of health insurance and prescription drugs, and ensure our country invests in the energy security and climate change solutions we need,” he said in a lengthy statement.

The legislation, which Senate Democrats plan to ram through in a party-line vote, would be a long-sought win for President Biden. He’s watched most of his agenda go down in flames because of Mr. Manchin’s previous opposition to tax-and-spend bills, including Mr. Biden’s roughly $2 trillion social welfare and climate bill known as Build Back Better.

The breakthrough with Mr. Manchin came just 10 days before the Senate is set to go on its August vacation. When Congress returns in September, passing major legislation only gets more difficult with the fast-approaching Nov. 8 midterm elections.

The bill — dubbed the Inflation Reduction Act of 2022 — will reduce harmful emissions while including money for “all fuel types,” including hydrogen, nuclear, renewables, fossil fuels and energy storage, he said.

“This legislation ensures that the market will take the lead, rather than aspirational political agendas or unrealistic goals, in the energy transition that has been ongoing in our country,” he said. “It is truly all of the above, which means this bill does not arbitrarily shut off our abundant fossil fuels.”