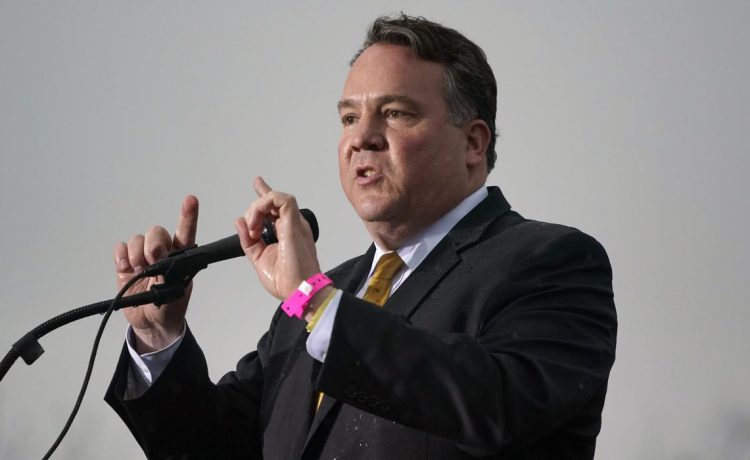 The first serious GOP challenger to Democratic Sen. Joe Manchin III is starting the race with more than $1 million cash on hand, after raising more than $317,000 since announcing his bid in late November.

Rep. Alex Mooney, who has served in Congress since 2015, said the strong showing of support is proof that West Virginia is ready for change.

“West Virginia is excited for a true conservative senator that will fight against President Biden’s agenda,” said Mr. Mooney. “That’s why I am honored by the outpouring of support.”

Mr. Mooney plans to use the money to bolster his name recognition and build a grassroots army ahead of the GOP senatorial primary next May. The West Virginia Republican said his campaign will focus heavily on highlighting Mr. Manchin’s partisan voting record.

“He’s flip-flopped on a lot of issues, when he’s not just plain old sitting on the fence,” said Mr. Mooney. “Manchin comes home to deep red West Virginia and makes excuses about how these were ‘hard votes.’”

Mr. Mooney pointed to Mr. Mancin’s pivotal vote in favor of the White House’s $739 billion tax and climate change bill, named the Inflation Reduction Act. Mr. Manchin opposed an initial version of the bill over fears it would exacerbate inflation, but then reversed course after getting Democrats to lower its price tag down from $3.5 trillion.

“He voted for all those things, and I voted against them,” said Mr. Mooney. “It wasn’t a difficult choice at all, and I’m likely the only one who will be running that can make that argument.”

Mr. Manchin’s political operation did not return requests for comment. The West Virginia Democrat, who has yet to announce his reelection bid, is a prolific fundraiser in his own right.

According to the Federal Election Commission, Mr. Manchin has raised more than $8 million since winning reelection in 2018. Mr. Manchin, who chairs the Senate Energy Committee, has drawn significant financial support from political action committees and national donors thanks to his stature as a key Senate swing vote.

The support has helped ensure that Mr. Manchin’s campaign account already has more than $9.4 million to spend on a reelection bid that is likely to draw national attention.

Mr. Mooney is to date the most high-profile Republican to announce his Senate candidacy. He may not be alone for long, however, as West Virginia’s GOP governor, Jim Justice, has also expressed interest in a run.

A billionaire coal baron, Mr. Justice was reelected by a large margin in 2020. The governor, who was first elected as a Democrat, could upend the GOP race by his ability to self-fund.