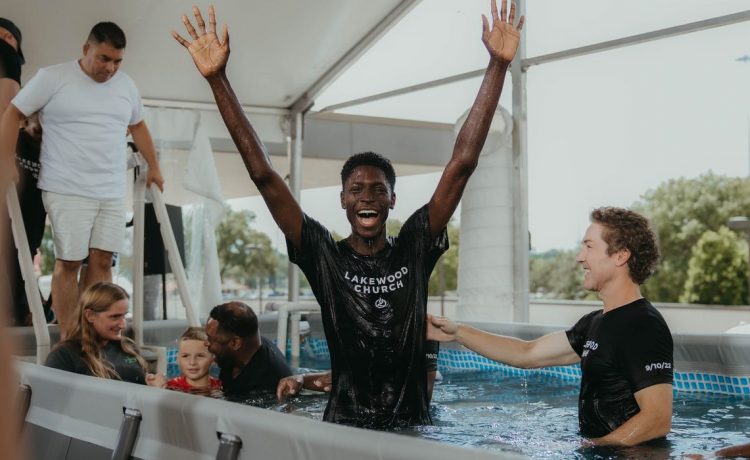 Mr. Osteen reached the milestone in a marathon four-hour ceremony at his Lakewood Church in downtown Houston.

People traveled from 29 states to be baptized, according to a spokeswoman for the church, and Saturday’s record turnout — 800 was the previous, pre-pandemic high — surprised even staffers.

“It is truly incredible and humbling to see so many people make this public declaration of their decision to follow Christ. It’s a moment they will never forget,” Nick Nilson an associate pastor at Lakewood, told The Washington Times via email.

Lakewood, which describes itself as independent and evangelical, live-streamed the event. Mr. Osteen, sometimes aided by another person, immersed every believer who came forward. Some jumped out of the water in jubilation as pictures from the baptism service indicated.

Baptism is an integral rite of the Christian church. In evangelical congregations, believers are generally immersed in water. This follows the example of Jesus described in the New Testament book of Matthew, Chapter 3, where he was immersed in the Jordan River by John the Baptist.

An increase in baptisms is somewhat unusual in the current climate. The Assemblies of God, which counts nearly 3 million members in the United States, said its South Texas district, which is headquartered in Houston, reported 173 baptisms in 2021, 8.9% fewer than the 190 baptized in 2016.