The Great Days > News > John Fetterman-Mehmet Oz debate: Democrat says stroke knocked him down but won’t keep him down
News

John Fetterman-Mehmet Oz debate: Democrat says stroke knocked him down but won’t keep him down 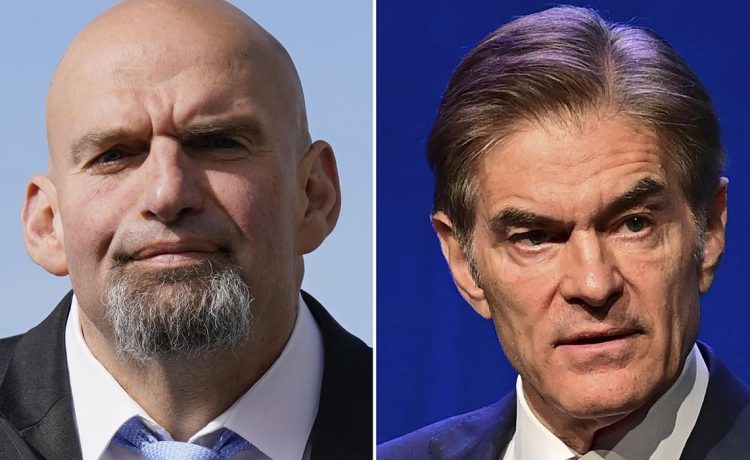 Democrat John Fetterman’s post-stroke auditory processing challenges were on full display Tuesday in his first and only debate against Republican Mehmet Oz for the Senate.

Reading questions from moderators on large screens with closed captioning, Mr. Fetterman immediately sought to address what he called the “elephant in the room.”

“I had a stroke, he has never let me forget that,” Mr. Fetterman said, alluding to Mr. Oz. “I might miss some words during this debate, mush a few rods together, but it knocked me down and I am going to keep coming back up.”

“This campaign is all to me about fighting for everyone in Pennsylvania that ever got knocked down that needs to get back up,” he said.

As Mr. Fetterman predicted, he often stumbled over words and spoke in sometimes halting incomplete sentences.

Mr. Oz, meanwhile, said he plans to bring civility back to Washington, and said the race is about Mr. Fetterman’s radical vision.

“John Fetterman takes everything to the extreme, and those extreme positions hurt us all,” he said.

The 60-minute showdown in Harrisonburg, Pennsylvania, was one of the most anticipated debates of the 2022 midterm election cycle, pitting the bald, tattooed, 6-foot-8-inch-tall Mr. Fetterman against the Trump-backed celebrity TV doctor.

It proved to be a stark contrast in styles — and policy visions — between two men who met for the first time Tuesday.

The race between Mr. Fetterman, 53, and Mr. Oz, 62, to replace retiring Republican Sen. Pat Toomey is considered the best bet Democrats have of flipping a seat in the U.S. Senate.

The wind was at Mr. Fetterman’s back until mid-summer when Senate Leadership Fund, a super PAC aligned with Senate Minority Leader Mitch McConnell, Kentucky Republican, started airing ads attacking Mr. Fetterman for being soft on crime.

Mr. Oz picked up on that line of attack early on in the debate, telling viewers he was accompanied by the widow of a police officer recently killed in the line of duty.

“John Fetterman during this crime wave has been trying to get as many murderers — convicted and sentenced to life in prison — out of jail as possible – including people who are similar to the man who murdered her husband,” Mr. Oz said.

The race is now billed as a toss-up with polls showing Mr. Fetterman and Mr. Oz in a neck-and-neck contest.