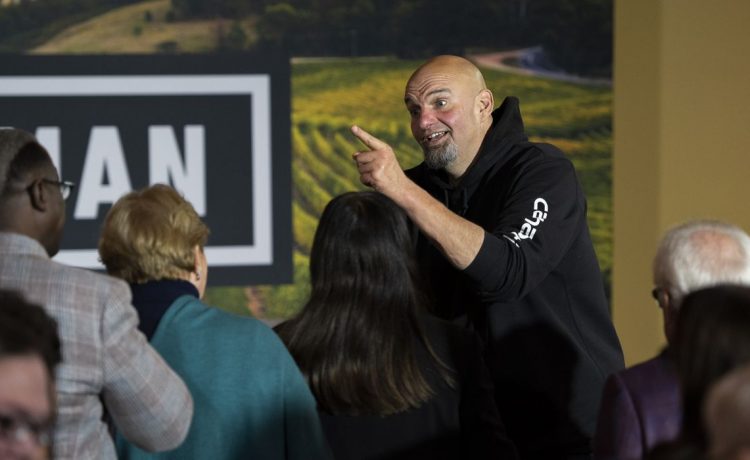 Pennsylvania Lt. Gov, John Fetterman and his allies were on damage control Wednesday, trying to write off his cringe-worthy debate performance in the Senate race against Republican Mehmet Oz as both the result of his stroke and the fact he has never shined on the debate stage.

The post-debate analysis was in general brutal for Mr. Fetterman. The 53-year-old Democrat walked onto the stage in Harrisburg, Pa. as his party’s best hope of flipping a Republican seat and left on shakier ground after fueling more questions about his overall health.

“He certainly didn’t pick up any support,” said G. Terry Madonna of Millersville University of Pennsylvania. “The question that remains is: Did he lose support?”

The 60-minute showdown offered a stark contrast in styles and policy visions. Democrats, though, came away concerned that Mr. Fetterman’s performance would overshadow the candidate’s distinct differences on issues.

Indeed, Mr. Oz delivered a far more polished performance, drawing on his years of on-camera experience as a television celebrity doctor.
Mr. Fetterman, meanwhile, came across as wooden and occasionally unable to express his thoughts clearly.

It reflected the everyman image he has cultivated on the campaign trail, which has helped him connect with voters. But it also displayed the ongoing challenges he faces with auditory processing.

Mr. Fetterman’s campaign sought to pin some of the blame for his struggles on the closed captioning setup that his campaign requested to help him process questions.

Gary Weitman, a spokesperson for the Nexstar Media Group, which hosted the debate, said both candidates agreed to the technical setup for the closed captioning weeks ago and had the chance to do two full rehearsals with the same equipment before the debate.

“We regret that Mr. Fetteman and his campaign feel otherwise,” he said.