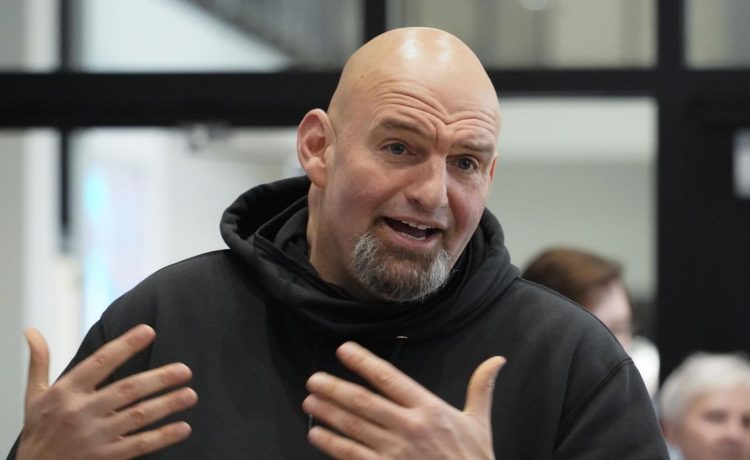 The Fetterman campaign cited a scheduling conflict for his absence.

Mr. Fetterman also issued a statement Monday that drew a contrast with Biden on law enforcement, calling on the president to “use his existing authority to reschedule marijuana” from its current Schedule I classification and to further “work to decriminalize” the drug.

Mr. Biden will outline his $37 billion plan to crack down on soaring crime rates during a speech Tuesday in Wilkes-Barre, Pennsylvania. The plan has drawn sharp criticism, even among some of Mr. Biden’s closest allies. Critics say Mr. Biden is repeating the mistakes of the 1994 crime bill that has been blamed for the mass incarceration of Black people in the U.S.

Despite Mr. Fetterman not joining the president in Wilkes-Barre, his campaign said he plans to bring up marijuana decriminalization with Mr. Biden during the president’s return to the state on Labor Day.

“John will be marching in the Labor Day parade in Pittsburgh next week, and he looks forward to talking to the President there about the need to finally decriminalize marijuana,” campaign spokesman Joe Calvello said on Twitter.