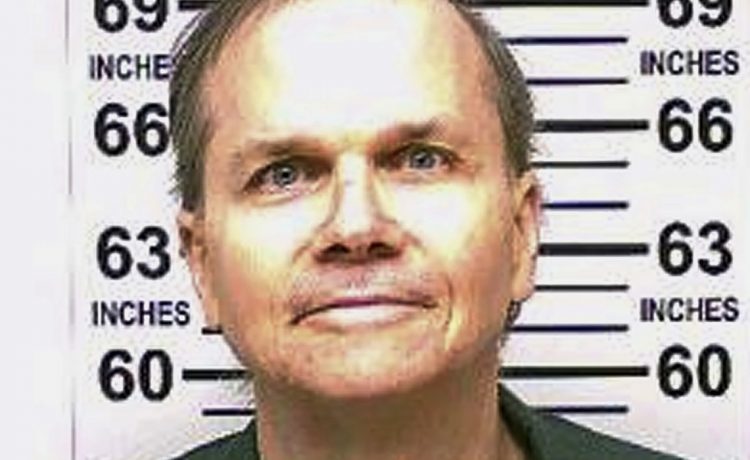 Mark David Chapman, the man who fatally shot John Lennon in 1980, has been denied parole for the 12th time.

Chapman has been eligible for parole since 2000, 20 years after he was first imprisoned. He is currently serving a 20-years-to-life sentence for the murder of Lennon in New York on Dec. 8, 1980.

He is eligible for parole every two years.

The parole board did not state its reason for denying Chapman’s release from prison.

Chapman pleaded guilty to first-degree murder in 1981 and was sentenced shortly after.

Lennon’s widow, Yoko Ono, who was present when he was shot by Chapman, has lobbied against his release for years.

Chapman in recent years expressed regret and shame for his actions.

“Thirty years ago I couldn’t say I felt shame and I know what shame is now. It’s where you cover your face, you don’t want to, you know, ask for anything,” he said in a 2018 parole hearing.

Chapman has said over the years that the chief reason he killed Mr. Lennon was to gain notoriety, and that “If it wasn’t Lennon, it could have been someone else.”

Chapman will continue to serve his sentence in Green Haven Correctional Facility in New York.