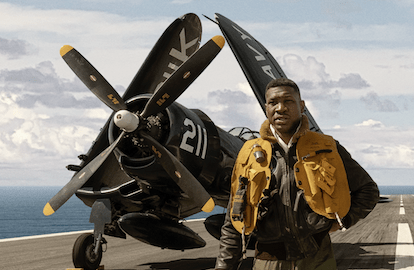 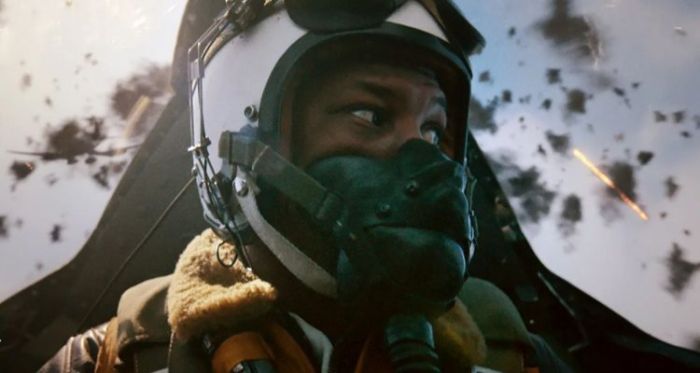 Jonathan Majors soars into unfriendly skies in upcoming aerial War epic ‘Devotion’ that tells the inspirational true story of two elite US Navy fighter pilots who helped turn the tide in the most brutal battle in the Korean War: Jesse Brown–the first Black aviator in Navy history and his fellow fighter pilot and friend, Tom Hudner.

Their heroic sacrifices and enduring friendship would ultimately make them the Navy’s most celebrated wingmen. 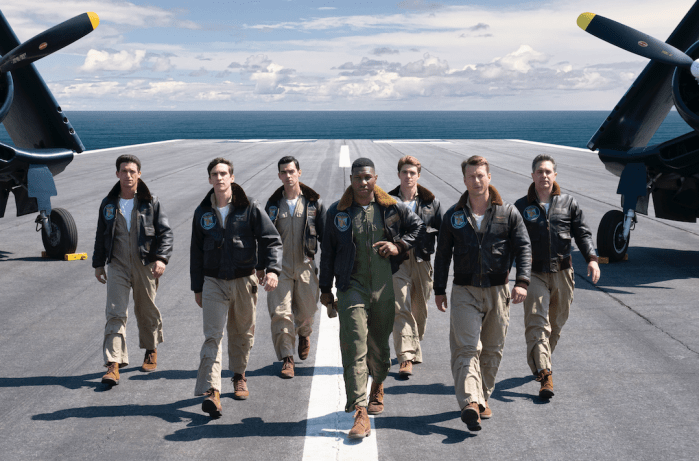 Ultimately, heroic sacrifices would propel them into the history books as the Navy’s most celebrated wingmen.

Peep the final trailer below:

“Glen was really good at getting all the guys together,” he said. “He and Joe, Daren — all the guys — they would get together and play at the park. And the park was right down the street from my house, so as I was walking my dogs or riding my bike, I’d see the guys, and we’d hang out and chat.”

“I would always bang my music, but Joe Jonas would also put his music and we would set up outside the trailers and we’d run, we’d do jump ropes, we’d do pushups, as a team,” he said of shooting in Savannah, Georgia.

“We would work out and then go into the scene. We were a mixture of a boy band and a football team. We just held space for each other.”