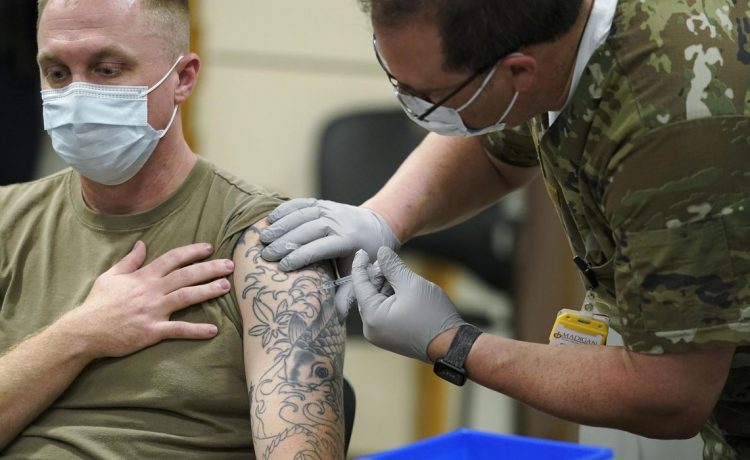 Reports that the Defense Department denied religious exemptions to COVID-19 vaccine mandates in an assembly-line manner using the same canned language drew a call for full disclosure from a prominent Senate conservative.

The letter comes after reports in The Washington Times and other news outlets of a memo from the IG to Defense Secretary Lloyd Austin cataloging numerous issues with the way the armed forces processed and denied requests for religious exemptions.

According to Liberty Counsel, the public-interest law firm that disclosed the memo last Friday, “out of 24,818 religious exemption requests received, only four were granted,” versus 4,146 medical exemptions given by the DOD.

Mr. O’Donnell’s memo warned Mr. Austin of “deliberate violation[s] of federal law” over the way religious exemption requests were processed and the denials were issued.

“The denial memorandums we reviewed generally did not reflect an individualized analysis, demonstrating that the Senior Military Official considered the full range of facts and circumstances relevant to the particular religious accommodation request,” Mr. O’Donnell wrote. “For example, an Air Force general denied one Airman’s request with the brief statement: ‘I disapprove your request for exemption from vaccination under the provisions of AFI 48-110, paragraph 2-6.b.3.’”

Mr. O’Donnell also told the DOD chief the services were processing exemption requests — and issuing denials — so quickly as to raise doubts about whether proper procedures were being followed.

“The appeal authorities of the Services we reviewed indicated that an average of 50 denials per day were processed over a 90-day period. Assuming a 10-hour work day with no breaks or attention to other matters, the average review period was about 12 minutes for each package. Such a review period seems insufficient to process each request in an individualized manner and still perform the duties required of their position,” he wrote.

In his letter to Mr. O’Donnell, Mr. Hawley called the Pentagon’s process a violation of the implicit compact America makes with service members who put their lives at risk.

“As part of that compact, they are assured they will have the right to petition the Department of Defense for exemptions to certain requirements that violate their sincerely held religious beliefs. The Department’s apparent failure to honor that compact is a betrayal of those servicemembers’ trust,” he added.

A spokeswoman for Mr. O’Donnell told The Washington Times via email his office “has received the letter from Sen. Hawley, and we are reviewing it.”

The question of what may still be required to combat COVID-19 remains a contentious issue. On Sunday, President Biden told the CBS newsmagazine “60 Minutes” that the crisis had ended.

That declaration resulted in pushback from several sides. On Tuesday, Sen. Roger Marshall, Kansas Republican and a physician, introduced a resolution calling on Congress to vote to end the emergency declaration made by then-President Trump in March 2020.