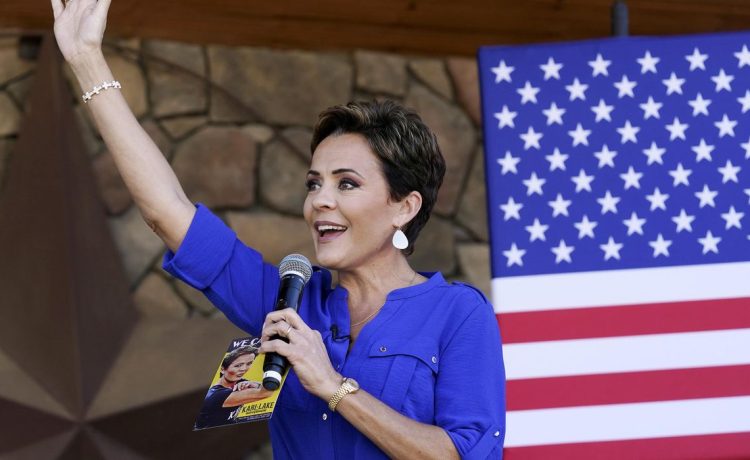 A state judge in Arizona on Tuesday denied a request by Maricopa County and Gov.-elect Katie Hobbs to sanction Republican Kari Lake for unfounded election fraud claims after her lawsuit to overturn her loss against the Democrat was dismissed.

Arizona Superior Court Judge Peter Thompson, who rejected Ms. Lake’s lawsuit, ruled that while she failed to prove her case of election malfeasance, the allegations were not made in bad faith.

Ms. Lake “failed to meet the burden of clear and convincing evidence required,” he wrote in his decision, but that “does not equate to a finding that her claims were, or were not, groundless and presented in bad faith,” as Ms. Hobbs and Maricopa County previously had argued in filings of their own.

Judge Thompson did, however, award roughly $33,000 in litigation costs and fees that Ms. Lake must pay to Ms. Hobbs.

However, the amount is far from the $550,000 that Ms. Hobbs sought, primarily to reimburse the firm of Democratic elections attorney Marc Elias.

Maricopa County, which accused Ms. Lake in its sanction-seeking filing of exploiting the legal system to “harass political opponents and sow completely unfounded doubts about the integrity of elections,” sought $25,000 in legal fees. The motion was denied.

The ruling caps off the election-challenging saga from Ms. Lake — for now.

She’s vowed to appeal all the way to the Supreme Court in her bid for a redo in Maricopa County, the epicenter of past election fraud claims made by former President Donald Trump and his allies.

The county encompasses Phoenix and surrounding areas and more than half the state’s population resides there.

Ms. Lake, who was endorsed by Mr. Trump and also says the 2020 election was fraudulent, narrowly lost last month to Ms. Hobbs by roughly 17,000 votes and has not conceded.

Judge Thompson ruled Christmas Eve there was no “clear and convincing” evidence of malfeasance at the polls, as alleged by Ms. Lake, prompting Ms. Hobbs and Maricopa County to seek sanctions.

“Enough really is enough,” Maricopa County said in its filing. “It is past time to end unfounded attacks on elections and unwarranted accusations against elections officials. This matter was brought without any legitimate justification, let alone a substantial one.”