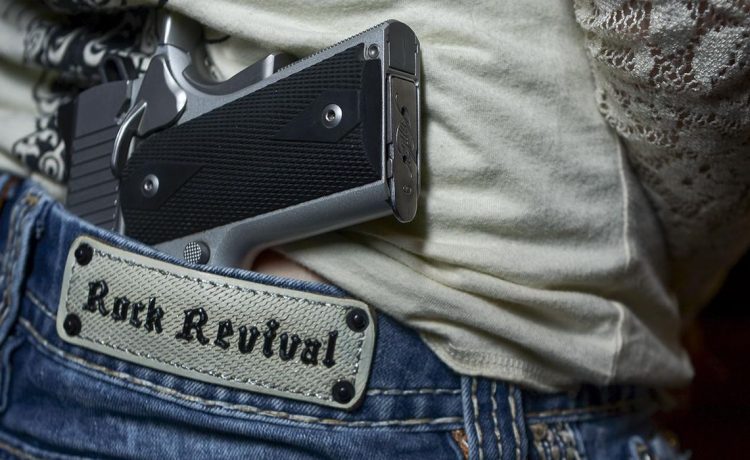 He also halted a provision that applicants must provide names and contact information of their spouse or domestic partner, and of any other adults or children in the home.

The requirements were detailed by New York Democrats when they passed a revamped gun control law earlier this year.

The judge also struck down the state’s requirement to provide links to social media accounts and parts of the “sensitive location” provision, which banned the carrying of a gun in certain places such as parks, zoos and theaters.

A judge last week had also temporarily halted the state from restricting the carrying of firearms in churches and places of worship, reasoning it infringed upon a pastor’s right to self-defense.

“Such a burden may be imposed on a mere privilege, but not on a right covered by the plain text of the Constitution in the absence of sufficient analogous historical support. A right ceases to be a right when impeded by such a burden,” Judge Suddaby wrote in the 184-page opinion.

The Supreme Court ruled in June that any gun-control law should only be upheld if it is consistent with the nation’s history and traditions related to the Second Amendment.

The historic ruling struck down New York’s gun licensing scheme as unlawful because it required people to show proper cause — or a special need — for carrying a gun for self-defense.

After the Supreme Court ruling, New York lawmakers issued a revamped gun control measure just days later. It’s been challenged in the courts for continuing to run afoul of the Second Amendment.

The case is Antonyuk v Hochul.