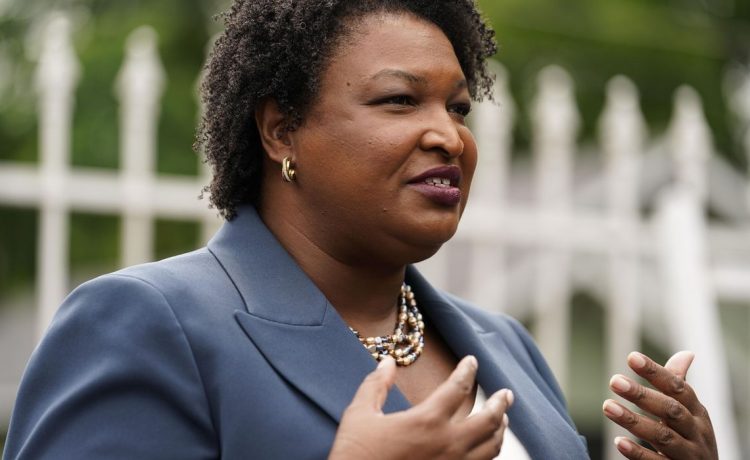 ATLANTA — A federal judge on Friday found that Georgia election practices challenged by a group associated with Democrat Stacey Abrams do not violate the constitutional rights of voters, ruling in favor of the state on all remaining issues in a lawsuit filed nearly four years ago.

“Although Georgia’s election system is not perfect, the challenged practices violate neither the constitution nor the VRA,” U.S. District Judge Steve Jones in Atlanta wrote, referring to the Voting Rights Act of 1965. He detailed his reasoning in a 288-page order.

The lawsuit was filed in November 2018, just weeks after Abrams narrowly lost the governor’s race to Republican Brian Kemp. Throughout that contest, Abrams had accused Kemp, then secretary of state, of using his position as the state’s top elections official to promote voter suppression. Kemp vehemently denied the allegations.

Kemp on Friday applauded the ruling, calling it a loss for Abrams.

“Judge Jones’ ruling exposes this legal effort for what it really is: a tool wielded by a politician hoping to wrongfully weaponize the legal system to further her own political goals,” Kemp said in a statement emailed by his campaign.

Representatives for Fair Fight and Abrams did not immediately comment on the ruling.

The trial began in mid-April, unfolding while Georgia’s primary elections were underway. Those contests set the stage for a rematch between Kemp and Abrams, who captured their parties’ gubernatorial nominations for November’s general election.

Nearly five dozen witnesses were called over the course of 21 trial days that stretched across more than two months. It was a bench trial, meaning there was no jury and the verdict was up to Jones alone.

Abrams’ Fair Fight Action organization filed the lawsuit along with Care in Action, a nonprofit that advocates for domestic workers. Several churches later joined as plaintiffs. When it was originally filed, it was extremely broad and called for a significant overhaul of Georgia’s election system. By the time it got to trial, the scope had been significantly narrowed because some allegations were resolved by changes in state law and others were dismissed by the court.

“This is a voting rights case that resulted in wins and losses for all parties over the course of the litigation and culminated in what is believed to have been the longest voting rights bench trial in the history of the Northern District of Georgia,” Jones wrote.

The issues that remained and which were discussed at length during the trial had to do with the “exact match” policy, the statewide voter registration list and the process for in-person cancellation of absentee ballots. Fair Fight alleged that the negative effects of these policies are disproportionately felt by people of color and new citizens and amount to violations of the U.S. Constitution and the Voting Rights Act of 1965.

Georgia officials have created a landscape where it’s “harder to register, harder to stay registered and ultimately harder to vote,” Allegra Lawrence-Hardy, an attorney for Fair Fight and the other plaintiffs, said during her closing argument in late June. The barriers to voting are not caused by inevitable human errors but instead result from “choices designed to keep certain people from voting,” she said.

She reminded the judge of the testimony during the trial from voters who had trouble registering or casting their ballots, voters who shared their stories because they understood how important it was for the court to understand what they faced.

Josh Belinfante, a lawyer for state election officials, said Georgia’s elections are constitutional and do not violate the Voting Rights Act and that the allegations were a “very serious matter.” Georgia’s automatic voter registration policy and significant recent increases in African-American voter registration are not the signs of a state that is suppressing voters, he argued.

While Fair Fight collected stories from more than 3,000 voters, they found very few people who were unable to cast a ballot and none during the 2020 election, Belinfante noted. Instead, he said, the evidence showed that in many cases problems were resolved quickly once state officials were contacted.

Fair Fight’s goal was to get Democrats elected and to make Georgia a blue state, and the organization used a false narrative of voter suppression to motivate people to turn out for its cause, Belinfante said.

“You have to decide has the case matched the rhetoric,” Belinfante told Jones in his closing argument. “The answer is no.”

The plaintiffs argued that the state officials are responsible for training county election officials on the process for canceling absentee ballots. They alleged that training was inadequate and some training materials were incorrect, causing significant problems for voters who tried to vote in person after having requested an absentee ballot.

Jones noted that while the plaintiffs called witnesses who testified about struggles to cast their ballots because of the practices at issue, most were able to vote in the end.