The Great Days > News > Judge rules for DeSantis in firing of state’s attorney, despite finding governor violated his rights
News

Judge rules for DeSantis in firing of state’s attorney, despite finding governor violated his rights 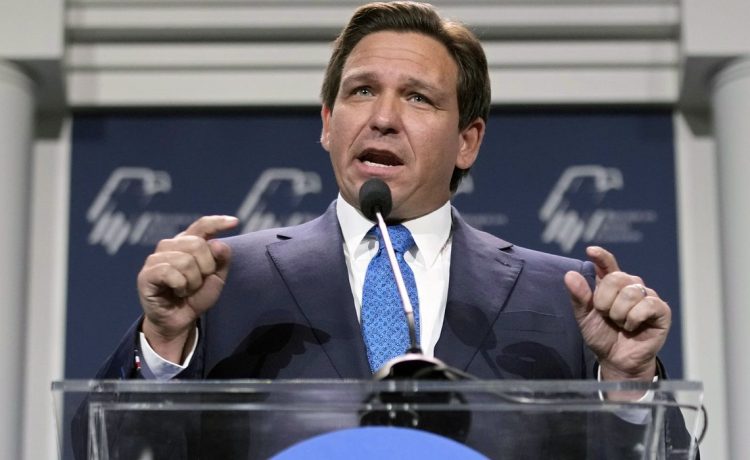 A federal judge has ruled in favor of Florida Gov. Ron DeSantis in a case brought by a Democratic state’s attorney whom the governor suspended from office last year.

Judge Robert Hinkle, a Clinton appointee, said in his 59-page order Friday that the governor did violate Andrew Warren’s First Amendment rights by suspending him after he pledged not to prosecute anyone violating the state’s abortion laws.

But the judge concluded that the 11th Amendment barred him from issuing any relief, dismissing the case.

Mr. Warren could still pursue his claim in state court.

“The First Amendment violations were not essential to the outcome and so do not entitle Mr. Warren to relief in this action,” he wrote. “The suspension also violated the Florida Constitution, and that violation did affect the outcome.”

But the judge said the Eleventh Amendment “prohibits a federal court from awarding declaratory or injunctive relief of the kind at issue against a state official based only on a violation of state law.”

In August, Mr. Warren sued Mr. DeSantis, alleging the governor violated his free speech rights when he was suspended from his position as the state attorney for the 13th District in Florida after he pledged not to prosecute or punish individuals obtaining an abortion.

The lawsuit noted that Mr. Warren has twice been elected to his position and that the U.S. Constitution and Supreme Court have established politicians have broad protection for political speech — adding there’s a prohibition on subjecting individuals to “retaliatory actions.”

Mr. DeSantis’ spokesperson at the time called the case “baseless.”

Mr. Warren had asked the court to declare Mr. DeSantis’ order terminating him was unlawful and an overreach of power.

Mr. DeSantis, who is a potential Republican presidential contender for 2024, pointed to Mr. Warren’s “neglect of duty” in issuing the suspension, saying he was “incompetent.”

The governor later said he also terminated Mr. Warren for not enforcing laws on transgender surgeries.

Florida lawmakers passed a 15-week ban on abortion, which was challenged in the courts.

Mr. Warren was elected to his state attorney position in 2016 and 2020. He previously worked as a federal prosecutor for the Department of Justice.