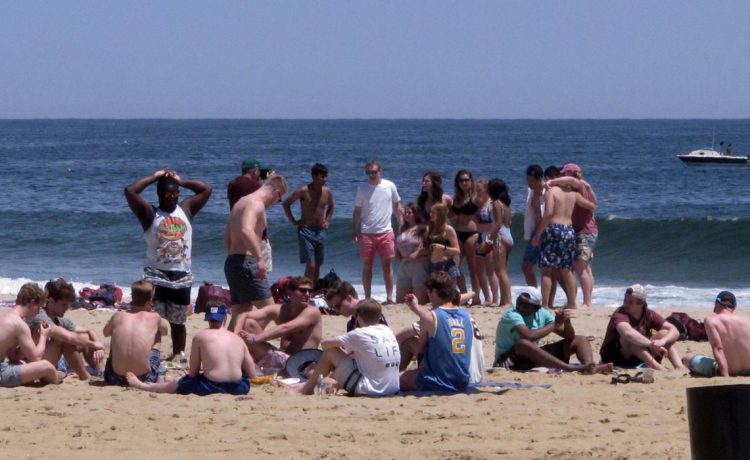 POINT PLEASANT BEACH, N.J. — Two Jersey Shore towns plan to have extra police on hand this weekend even though judges have blocked pop-up beach parties from happening there.

That put an end to plans for large parties in Long Branch and Point Pleasant Beach that were widely promoted on social media. Fliers encouraged attendees to bring their own liquor and marijuana, and promised public boxing matches, among other things.

“We believe we have headed off this insanity as much as possible,” Point Pleasant Beach Mayor Paul Kanitra said.

Nonetheless, police in his town and in Long Branch will be out in heightened numbers this weekend to deal with whatever might occur.

The court rulings required organizers to post prominent social media notices warning that the parties have been canceled and urging people not to come. Several had already done so as of Friday.

“But we’re seeing some comments on social media that some individuals still may come to Point Pleasant Beach to test our resolve,” Kanitra said. “We will be ready with additional officers already on duty, and others available to respond to whatever may be needed.”

A May 21 party drew 5,000 people to Long Branch’s beachfront, leading to numerous fights and the vandalization of a police car. The city said it spent $25,000 on police overtime and cleanup costs.

Point Pleasant Beach has also experienced several such parties, including a particularly large one in 2020 in which Kanitra said his town “was treated like an absolute toilet.”

But a similar party might still happen at the shore over the weekend, with Asbury Park mentioned as a possible site for a pop-up party.

Police in that city say they are actively monitoring social media posts proposing a party this weekend, and will take a zero-tolerance approach to fighting, vandalism or other disruptive behavior.