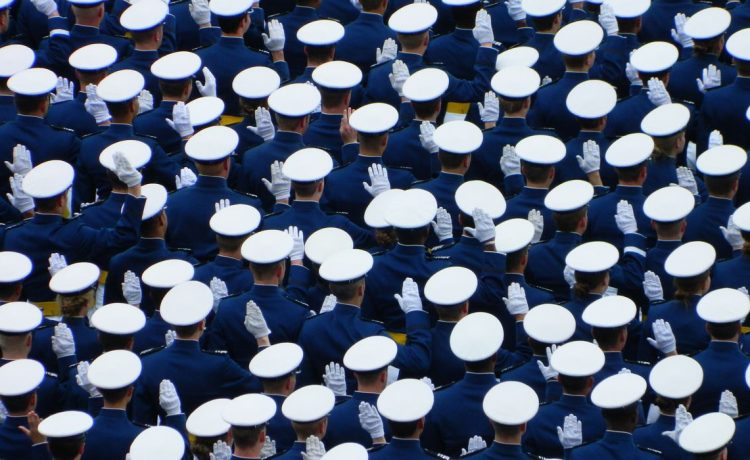 A veterans group says the Air Force Academy is promoting controversial critical race theory ideas to cadets and now a conservative legal advocacy group has filed a lawsuit against the Defense Department staying the veterans’ requests for information in the fight are being stonewalled.

On Thursday, officials at the conservative nonprofit Judicial Watch said they filed suit in D.C. after the Air Force Academy “refused to respond adequately to two [Freedom of Information Act]  requests about its race theory materials.” The suit was filed on behalf of Stand Together Against Racism and Radicalism in the Services (STARRS), composed of retired military officers.

“It has been over 700 days since the STARRS’ FOIA request was made,” retired Air Force Col. Ron Scott, the group’s president, said in a statement.

Critical race theory is an academic approach that argues racism is a central theme and motivation of American history dating back to the earliest days of the European discovery of the New World. The lawsuit asks for a copy of a memorandum from a past Air Force Academy superintendent that “strongly indicated” the presence of systematic racism on campus.

“Our military is being undermined from within as the rising leadership at the Air Force Academy attacks America and force feeds cadets repackaged Marxist anti-American critical race theory,” Judicial Watch President Tom Fitton said in a statement.

Judicial Watch also has filed lawsuits against the Pentagon for records of critical race theory being taught at West Point and Annapolis.

Retired Air Force Lt. Gen. Rod Bishop said officials appear to be pushing the notion of systemic racism at the Air Force Academy because “it is in vogue with the vernacular of the day.”

“It certainly did not comport with my experience at [the Air Force Academy] or anything I observed in my 34 years wearing the uniform,” Gen. Bishop, chairman of the STARRS board, said in a statement.