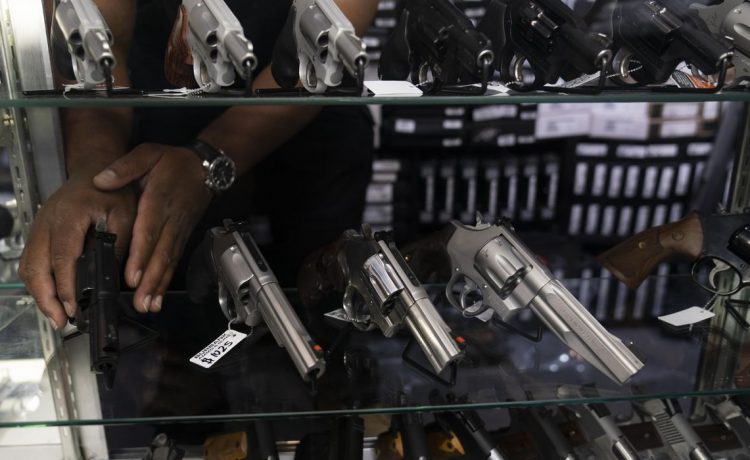 Gun sales in June posted their first year-over-year increase of 2022, according to estimates from a firearms data firm.

“This increase possibly was due to the discussion regarding additional federal firearms legislation that some customers may have viewed as detrimental to their interests even as the industry as a whole has been not wholly unsupportive of the final bill signed into law by President Biden,” Jurgen Brauer, the firm’s chief economist, said in a statement.

All told, SAAF estimated that roughly 1.5 million firearms were purchased in June.

President Biden in late June signed the first major new federal gun-control law in nearly three decades. It included expanded background checks to include some juvenile criminal records and closed the “boyfriend loophole” to bar sales of guns to people convicted of domestic violence in a dating relationship.

Long guns had a larger increase in sales (8.9%) than handguns (5.2%), though handguns still outsold long guns.

SEE ALSO: Fines will no longer stop D.C. residents from getting driver’s licenses

The jolt in sales comes after a slow spring for the industry.

March was also challenging for firearm sales with an estimated 18% drop in gun purchases compared to March 2021.

After a historic year for sales in 2020 that carried over into a hot start to 2021 before gradually cooling down.

SAAF did note that, though sales were declining last year in comparison to 2020, end-of-year numbers were still better than they were in 2019.