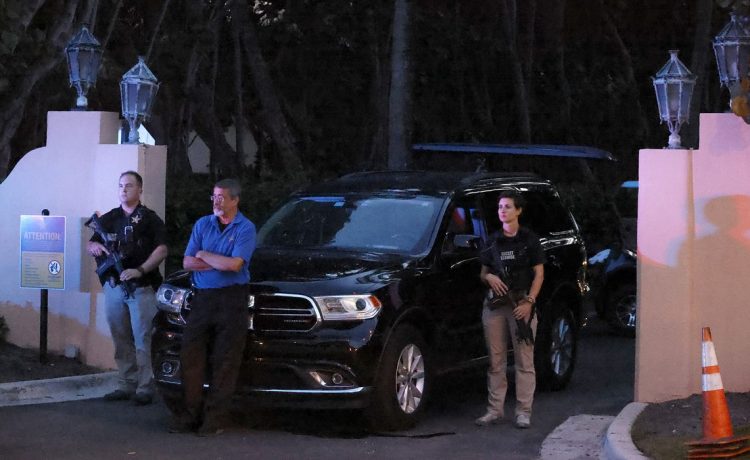 Several media outlets sought the release of the document, which is believed to contain key details into the government’s investigation into Mr. Trump under the Espionage Act.

The Justice Department said, however, that the release of the affidavit could jeopardize its investigation and damage the reputations of those involved.

“Even when the public is already aware of the general nature of the investigation, revealing the specific contents of a search warrant affidavit could alter the investigation’s trajectory, reveal ongoing and future investigative efforts, and undermine agents’ ability to collect evidence or obtain truthful testimony,” the Justice Department said Monday.

“In addition to the implications for the investigation, the release of this type of investigative material could have ‘devastating consequences’ for the reputations and rights of individuals whose actions and statements are described,” the department continued.

The Justice Department released Friday a copy of the warrant leading to the search, revealing that agents seized 11 sets of classified documents among roughly 28 boxes removed from the estate during their highly publicized search earlier last week.

Despite moving to unseal the warrant, the Justice Department had not yet weighed in on the release of the affidavit until issuing its 13-page filing Monday.

Those advocating for its release argued that the public had an interest in knowing the circumstances behind the highly unusual search.

In releasing the warrant, the Justice Department also revealed that Mr. Trump was under investigation for violations of the Espionage Act, a World War I-era law that bars the unauthorized retention of national security information. The law makes it a crime to destroy or hide federal government documents or unlawfully remove government materials.

Anyone convicted of violating the statute could face a $10,000 fine and up to 20 years in prison.

The Washington Post reported last week that investigators were seeking documents related to nuclear weapons, though the warrant did not refer to nuclear secrets.

Mr. Trump said the materials found on his property had all been declassified under his authority while in office.

Republican lawmakers, who have long accused the Democrats of weaponizing the DOJ against their political opponents, said the raid signaled the continuation of the FBI‘s longtime probe of supposed Trump-Russia collusion.

GOP lawmakers on the House intelligence committee said they remain concerned about the perception of an unwarranted escalation by the FBI that led to the raid and reports that the agency had an informant placed within Mr. Trump‘s inner circle, despite the unsealing of the warrant leading to the Mar-a-Lago search.

Accusations of a politicized FBI forced Attorney General Merrick Garland on Thursday to make a rare public statement to insist the Trump probe was above board.