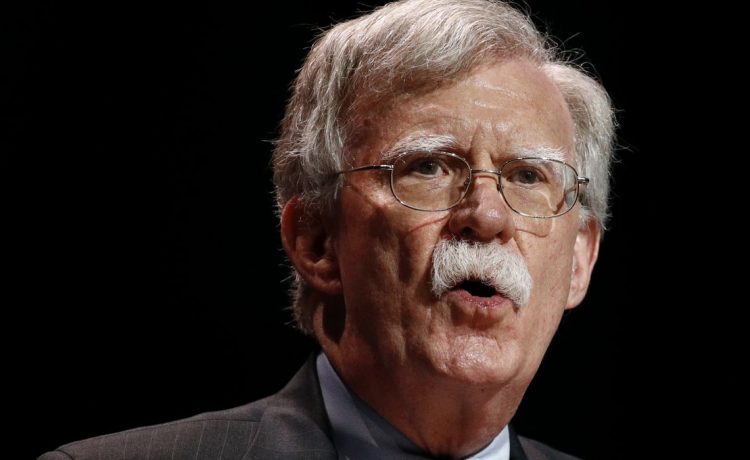 The Department of Justice on Wednesday charged an Iranian national and member of the country’s Islamic Revolutionary Guard Corps with trying to orchestrate a murder-for-hire plot to kill former National Security Adviser John Bolton.

Justice officials said Mr. Poursafi, who remains at large overseas, paid persons in the U.S. $300,000 to assist in the plot.

The charges marked an unusual and stunning chapter in the wake of the Soleimani strike. An outraged Tehran pledged revenge, leaving the U.S. intelligence community on alert.

A salvo of Iranian missiles on two Iraqi bases shortly after that left over 100 U.S. soldiers with lingering brain injuries was seen as the first retaliation for the drone strike that killed Soleimani and a top Iraqi Shiite militia leaders in Baghdad. Iranian leaders have routinely said since they will continue to avenge the killing.

“Iran has a history of plotting to assassinate individuals in the U.S. it deems a threat, but the U.S. government has a longer history of holding accountable those who threaten the safety of our citizens,” said Larissa L. Knapp, executive assistant director of the FBI’s National Security Branch. “Let there be no doubt: The FBI, the U.S. government and our partners remain vigilant in the fight against such threats here in the U.S. and overseas.”

They described a plot in which the suspect contacted a person to take photographs of Mr. Bolton, purportedly for a book Mr. Poursafi was writing.

The first contacted person put Mr. Poursafi in contact with someone who turned out to be a confidential informant, the department said.

Mr. Poursafi allegedly negotiated a price with the informant to kill Mr. Bolton and exchanged messages about Mr. Bolton’s office.

Justice Department attorneys also said Mr. Poursafi allegedly said his group did not care how the killing was done but they would be “angry” if their contact in the U.S. got paid and didn’t carry out the deed.

Mr. Poursafi seemed to know things about Mr. Bolton’s schedule that weren’t known publicly and later suggested the would-be killer should focus on assassinating a separate target before pivoting back to Mr. Bolton.

The hired contact demanded to be paid and received cryptocurrency payments from Mr. Poursafi.

The Justice Department said if convicted, Mr. Poursafi faces up to 10 years imprisonment and a fine of up to $250,000 for the use of interstate commerce facilities in the commission of murder-for-hire.

He also faces up to 15 years imprisonment and a fine of up to $250,000 for providing and attempting to provide material support to a transnational murder plot.

Mr. Bolton, a longtime hawk on Iran who has pushed for regime change in Tehran,  thanked the Justice Department, FBI and the Secret Service for their work in a statement Wednesday.

“While much cannot be said publicly right now, one point is indisputable: Iran’s rulers are liars, terrorists and enemies of the United States,” Mr. Bolton said. “Their radical, anti-American objectives are unchanged; their commitments are worthless; and their global threat is growing.”