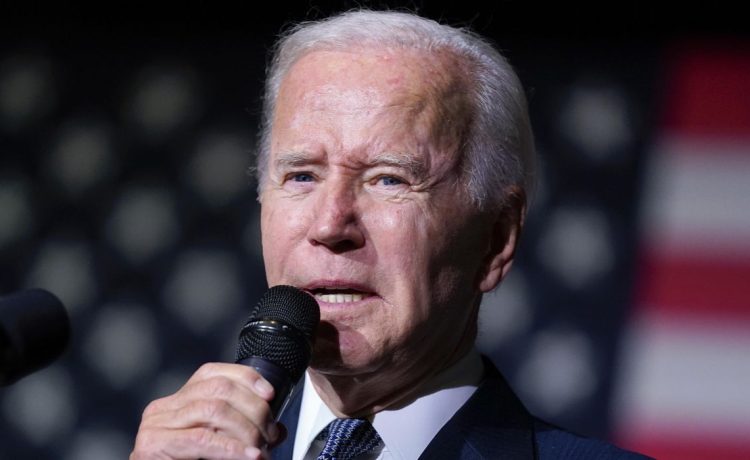 The Supreme Court on Thursday rejected President Biden’s request to revive his student-debt forgiveness plan, putting it on hold for months but saying they would speed the case onto their docket.

The administration had been hoping the justices would allow the plan to take effect while the cases wind their way through a series of lower-court challenges, but the high court dashed those hopes.

The justices, in a brief order, said they had “deferred” Mr. Biden’s request until oral argument. They directed the clerk to schedule the case for argument during the court’s February session, which runs from Feb. 21 to March 1.

That would set up a final decision by the end of June.

The latest of those rulings came Wednesday when the 5th U.S. Circuit Court of Appeals said it would not stay an injunction by a federal judge in Texas.

“President Biden’s proposal is illegal and I’m glad to see the Court will soon have the chance to ensure not one taxpayer dollar is used in support of this student loan scheme,” said Rep. Virginia Foxx of North Carolina, the top Republican on the House Education and Labor Committee.

Liberal groups, meanwhile, reeled from the growing number of legal losses and braced for more bad news from the high court.

“The right-tilted Supreme Court now holds in the balance relief for millions of hardworking Americans who are simply trying to get ahead,” said Liz Zelnick, spokesperson for Accountable.US. “It would be a giant loss for the economy if Justices rule in favor of the special interests.”

She called the challenges to Mr. Biden’s plan “political lawsuits … based on nothing more than industry greed and blind partisan obstruction.”

The Congressional Budget Office pegged the cost to the federal government at roughly $400 billion, or about a quarter of the total outstanding student-loan debt. CBO said more than 40 million people would be eligible for relief.

Mr. Biden’s administration said he had the power to grant forgiveness under a 2003 federal law that allows the Education Department to modify or waive loan conditions during an emergency.

Mr. Biden has declared the pandemic such an emergency.

Student debt has become a major political issue, with many young voters demanding relief amid what they say is an economic system stacked against them.

Federally-backed student loan payments have been halted during the pandemic, citing the same 2003 federal law.

Mr. Biden had signaled this fall that payments would resume early next year but recently announced another deferral while the case winds through the courts.

“I’m completely confident my plan is legal,” Mr. Biden said in a Twitter video. “But it isn’t fair to ask tens of millions of borrowers eligible for relief to resume their student debt payments while the courts consider the lawsuit.”

The case that reached the justices comes from the 8th U.S. Circuit Court of Appeals, where a half-dozen GOP-led states have challenged the debt forgiveness.

The appeals court sided with the states in blocking Mr. Biden’s plan.

The 5th Circuit ruling is a separate case that also went against Mr. Biden.