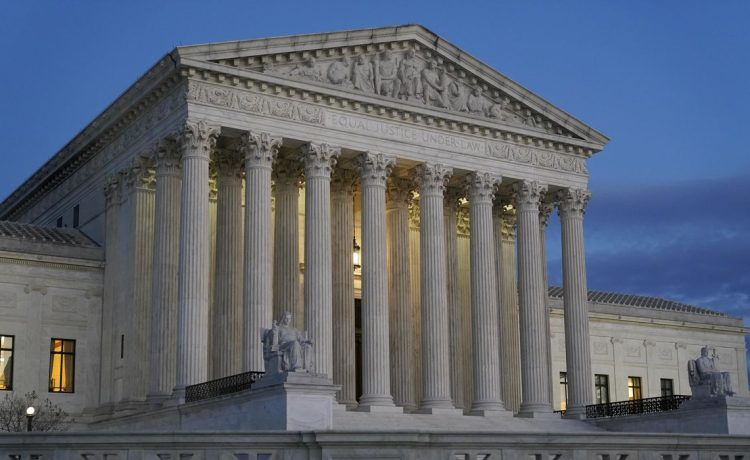 The Supreme Court has already ordered Colorado’s civil rights commission to give faith-based artists who object to same-sex marriage a fair hearing when deciding whether to fine them for refusing to work on same-sex ceremonies.

But Colorado web designer Lorrie Smith says it’s time the justices go further and rule that artists have an absolute First Amendment right not to be forced to work on something they object to.

Ms. Smith says having to design products for same-sex marriages goes against her Christian faith. She takes her argument next week to the Supreme Court, and her lawyer says it’s a chance for the justices to affirm her free speech rights.

“Colorado is treating this case as if Lorie makes identical widgets in bulk or it is just something she pulls off the shelf and hands over. But as a custom website designer, every message she creates is tailored for that occasion — that couple — and in that way, it compels her speech,” said Kristen Waggoner, an attorney for Alliance Defending Freedom representing Ms. Smith.

Her case reaches the justices four years after another Colorado case:  Jack Phillips, a baker, was penalized by the state’s civil rights commission for declining to bake a wedding ceremony cake specifically for a same-sex couple.

The commission said he was refusing a service, which violated Colorado’s public accommodation law. The law says businesses may not discriminate in providing their services on the basis of race, religion or sexual orientation.

Mr. Phillips argued that his cakes were First Amendment speech and that forcing him to create one for a same-sex wedding violated his rights.

The Supreme Court ruled the commission had shown an undo animosity toward Mr. Phillips and sent the case back for a do-over. But the justices shied away from a big ruling on constitutional principles.

The issue has percolated in the years since without any new guidance from the high court.

Roughly 45 states have some sort of public accommodation law, but not all of them specifically cover sexual orientation.

Ms. Smith launched her graphic and web design business, 303 Creative, in 2012. She says she has been unable to enter the wedding business due to Colorado’s public accommodation law.

She, like Mr. Phillips, says she has clients who are LGBTQ, but she can’t design custom artwork for them that violates her faith.

“There are some messages I can’t create no matter who requests them,” Ms. Smith said.

She said that’s cost her some business, sparked threats and caused some of her clients to be harassed. A neighbor placed her address on social media too. She’s since moved.

“It’s been a journey of hills and valleys,” she told the Washington Times.

“I am hoping and continuing to pray that the court will rule to protect the right to speak freely — not just for me, but for everyone,” she added.

The state of Colorado, though, argued in its court filing that its public accommodation law is necessary to ensure all state residents are able to participate equally in the marketplace.

“Customers do not look, love, or worship the same way. But they all expect to participate in the public marketplace as equals. A business that rejects these customers because of who they are harms them,” the state’s brief read.

Colorado Attorney General Phil Weiser said in an August statement that the state’s laws protect the dignity of all people.

“Colorado’s law regulates ordinary business sales. The mere act of selling something to all on equal terms is not expressive conduct, and the law does not compel businesses to speak or stay silent,” he said.