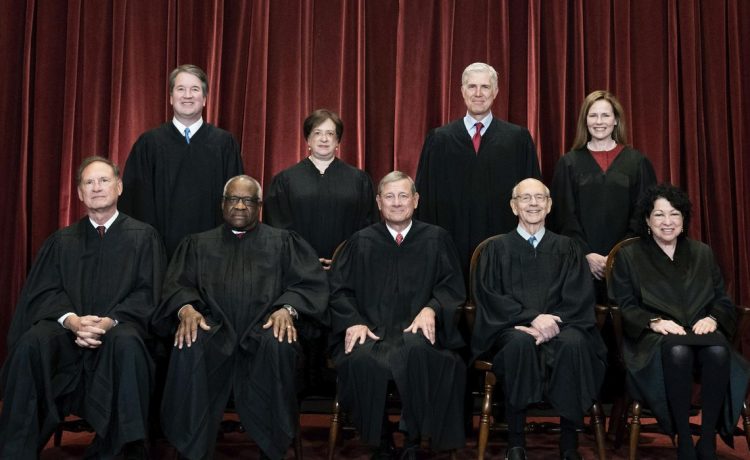 The Mass, which celebrates the administration of justice, was conducted the day before the Supreme Court’s 2022 term is scheduled to begin.

The ceremony dates back hundreds of years, and it is customary for some of the high court justices to attend. It’s referred to as the “Red Mass” because celebrants wear red.

The justices are set to hear arguments regarding the Clean Waters Act as the first case on the court’s docket on Monday.

The justices are returning to the bench at a time when trust in the court is wavering. A recent Gallup poll found only 40% of Americans approve of the job the justices are doing. Fifty-eight percent said they disapprove.

Only 47% said they had a “great deal” or “fair amount” of trust in the federal judiciary. According to Gallup, that’s a 20 percentage point drop from two years ago.

The survey, released Thursday, was conducted Sept. 1-16 and has a margin of error of plus or minus 4 percentage points.

The Supreme Court’s new term comes after the unprecedented leak of a draft opinion and the justices overturning national abortion rights in the previous term.

This year, the justices will weigh in on affirmative action, voting laws and religious liberty.

The Supreme Court’s oral arguments will continue to be livestreamed, and seating will be available for the public and press inside the courtroom, the court announced last week.

It’s a sign the nation’s highest court is returning to standard practice after two years of the pandemic that closed down the courtroom.

Although the court will be closed to the public for visits, there will be some seating available during arguments for observers.

Masking will be optional. And a live audio feed of the arguments will be made available on the court’s website and posted online after a hearing concludes. Before the pandemic, there was no live audio of arguments.