Justin Speaks On Giving Up His Dog 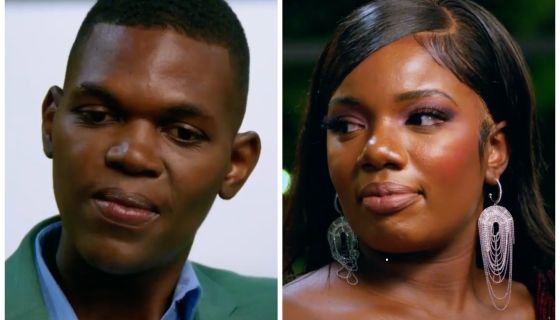 During the finale of the #MAFS reunion airing at 8/7 c on Lifetime, viewers will see Justin and Alexis have a discussion about a controversial dog debacle and BOSSIP’s giving you an exclusive first look. 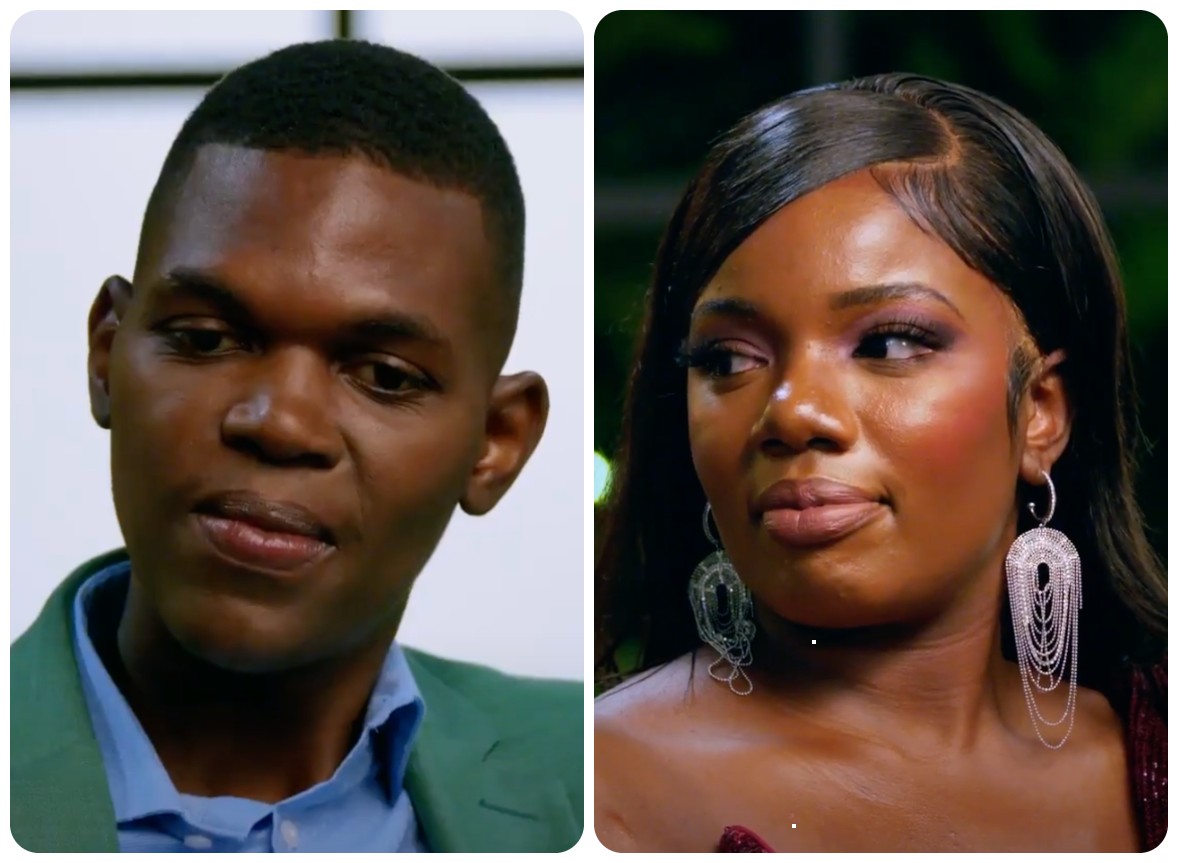 Their sitdown comes after Justin’s nearly physical clash with fellow Married At First Sight husband Nate over allegations of being “fake” and an alleged flirtatious pass. Now with the two separated and cooler heads prevailing, Justin’s meeting with Pastor Cal and Dr. Pepper alongside Alexis to recap their marriage.

In an exclusive clip, we see Justin and Alexis sitting down with the experts and host Kevin Frazier to discuss their rollercoaster of a relationship. 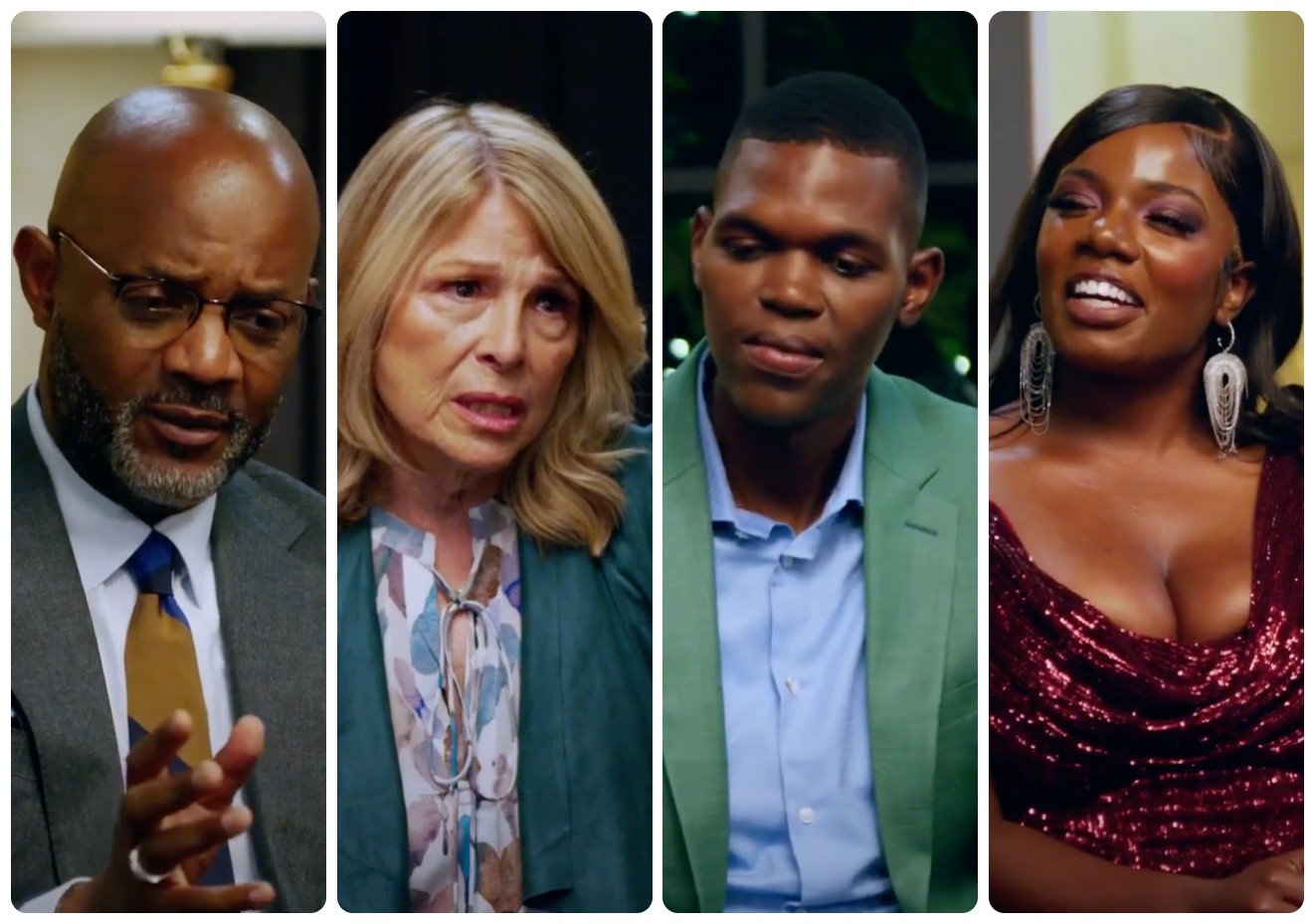 As previously reported the two went from exchanging “I love yous” on their honeymoon to big blowups including a post-Decision Day argument that concluded with Alexis saying she wanted a divorce.

According to Pastor Cal who counseled them throughout their 8 weeks of marriage, they gave up too quickly.

“I’m saying you didn’t give yourselves time enough to see if the thing could work,” says Pastor Cal. “Because every trial that comes—if there’s a big bump, if there’s an issue, there’s a challenge [you say], okay we’re not compatible. In every marriage, people go through times when they say ‘Oh my God, who are you?!’”

Kevin Frazier then asks Justin why he didn’t put up a fight when Alexis shockingly pulled the plug on their marriage and the marketing specialist makes a confession.

Justin Admits To Not Wanting To Give Up His Dog

Ahead of Decision Day Justin gave away his 7-year-old dog Mya after she attacked Alexis’ dog, Newton, and said it was to prove his commitment to his spouse. Apparently, the moment was a turning point for Justin.

“Because I wasn’t fully honest with her when I gave my dog away,” admits Justin. “I didn’t wanna do it.”

“So when I did it, you know I didn’t want to lose her but I knew I wasn’t going to be fully happy either,” says Justin in the #MAFS reunion clip.

Dr. Pepper then weighs in.

“So it almost sounds to me as you’re saying this that it wasn’t about her losing trust in you,” says the expert. “In some ways it was you losing trust with her because you had to give up your dog and that may have damaged your commitment to what else you would do for the marriage.”

Are you shocked that Justin had regrets about giving up Mya? We’d be lying if we said we were.

In addition to rehashing the dog debacle, the experts also give their professional opinions on the real issue between the two.

During the reunion Dr. Pepper says she thinks that Alexis wanted an Alpha male, while Pastor Cal speaks on their “emotional vomiting.”

“Well if I was going to be dead honest I would say that she wanted him to be more of an Alpha male and that she backed away from him when he was not,” says Dr. Pepper before adding that the two were also too reactive to each other.

“This process is so accelerated and you got to know each other so quickly and so deeply [and] that was good and bad,” adds Pastor Cal. “The bad was that you got to knoww each other’s issues and because you’re so emotional and you’re so intense that you just almost emotionally vomited on each other and that’s too much to take when you don’t have a foundation.”

He then concludes that both of them “just quit.”

Do YOU agree that Justin and Alexis quit their marriage after things got too intense?

The finale of the Married at First Sight Reunion airs TONIGHT Wednesday, November 9, at 8/7 c on Lifetime!