Justin Tells Alexis He ‘Loves Her’ On Their Honeymoon 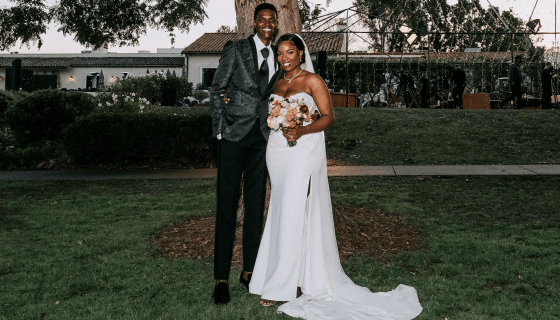 A “Married At First Sight” husband who declares his LOVE for his wife will get his feelings hurt—and BOSSIP’s giving you an exclusive first look.

During tonight’s episode of MAFS airing at 8/7 c on Lifetime, viewers will see the continuation of Justin and Alexis’ honeymoon that’s apparently taking an explosive turn.

Alexis told the other #MAFS couples that she initially matched with Justin on a dating app before marrying him and added that she’s grateful she ultimately didn’t miss out on her potentially perfect partner.

“We matched on Hinge,” said Alexis. “We probably could’ve been married four months ago if I responded. It’s crazy for him to be this perfect, I almost missed out on the greatest thing in my life.”

Now as the honeymoons continue, Alexis’s “greatest thing” will make his feelings known—but is she ready to reciprocate?

In an exclusive clip, we see Justin and Alexis have a romantic date night that takes an emotional turn. Justin tells his bride that although they’ve only known each other for a few days, he has strong feelings for her and affirms that she’ll be his lifelong partner and the mother of his children.

Justin says he’s so sure of this because he “loves and is in love with Alexis.”

“Because I love you,” says Justin as Alexis bursts into laughter. “And I’m in love with you.”

“You don’t have to say it,” says Alexis.

“I don’t mind saying it,” says Justin noting that his wife created a comfort zone for him. “I’m willing to take that risk.”

Unfortunately for Justin, those feelings aren’t being reciprocated and his feelings are clearly hurt.

“It scares me because it’s unfamiliar,” says Alexis to her swooning groom. “But I shouldn’t be afraid of something like this.”

Alexis adds that she’s so frightened that she wants to walk away and Justin asks flat out if she “can see herself falling in love with him.”

“Baby, you want me to say I love you? Because it’s too much for me in this moment,” says Alexis while Justin looks crestfallen. “I can’t and I’m not willing to.”

There’s more in store for these two, and when Alexis isn’t laughing she’s leaning into potentially loving her new boo.

What do YOU think about Justin already falling for Alexis on #MAFS?