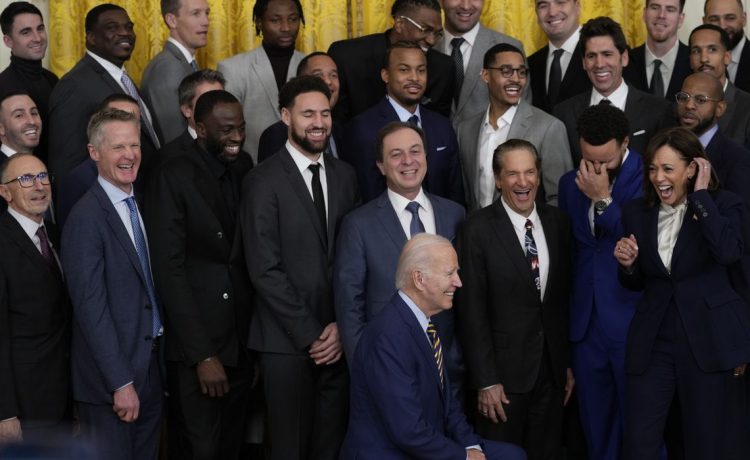 A White House photo op with the Golden State Warriors veered into awkward territory Tuesday, when Vice President Kamala Harris refused to take a knee in front of the team alongside President Biden.

A video taken just before the photo shows the president and the vice president discussing how they should pose when Mr. Biden made the final call to kneel in front of the NBA champions, drawing laughs from the crowd as coach Steve Kerr attempted to wave him off.

“I’m not doing that,” Ms. Harris said while laughing before striking her final pose with her feet planted firmly between Steph Curry and Andre Iguodala.

The exchange has induced plenty of cringe on Twitter.

Despite winning the championship in 2015, 2017 and 2018, the team did not visit the White House while President Donald Trump was in office. Mr. Trump publicly disinvited them after Mr. Curry said he wasn’t interested in a White House celebration in 2015.