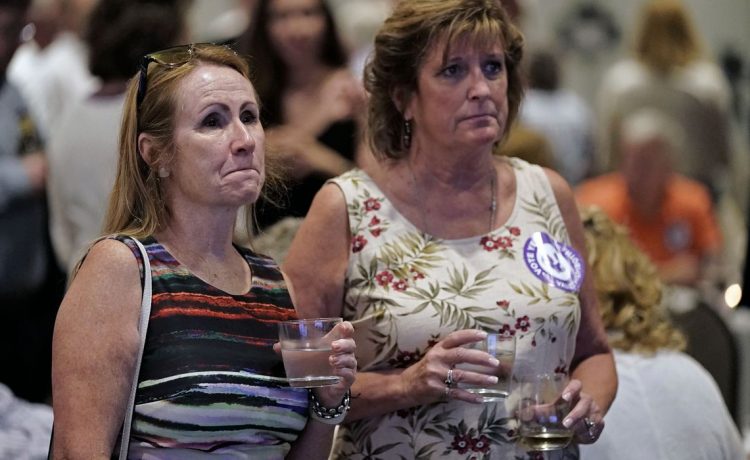 Kansas voters rejected Tuesday a ballot measure to remove abortion rights from the state constitution, handing a resounding victory to the pro-choice movement in the first popular vote on the issue since the fall of Roe v. Wade.

With 90% of the vote counted, the No State Right to Abortion amendment was behind by 62.2% to 37.8%, marking a disappointing defeat for pro-life advocates and a pivotal win for Planned Parenthood and pro-choice groups.

“I’ve seen enough: in a huge victory for the pro-choice side, the Kansas constitutional amendment to remove protections of abortion rights fails,” tweeted Dave Wasserman, House editor for the Cook Political Report.

The amendment, also called Value Them Both, would have affirmed that “there is no Kansas constitutional right to abortion,” overriding a 2019 Kansas Supreme Court decision holding that the state constitution guaranteed the right to “personal autonomy,” including abortion.

If passed, the measure would have cleared the way for the Republican-led legislature to tighten restrictions on abortion.

Women may obtain elective abortions in Kansas up to 20 weeks’ gestation, or 22 weeks after their last menstrual cycle, and then afterward when the woman’s health is severely compromised. The state also requires parental consent for minors; pre-procedure ultrasounds; counseling, and a 24-hour waiting period.

The Kansas outcome comes as an early barometer of the broader electorate’s thinking on the emotional issue and is somewhat surprising given the state’s conservative bent.

Democrats hope the court’s ruling could bolster their odds of defending the House and Senate in what is otherwise shaping up to be a tough election year.

Supporters of the effort were mum about whether they would pursue an outright abortion ban if the referendum passed.