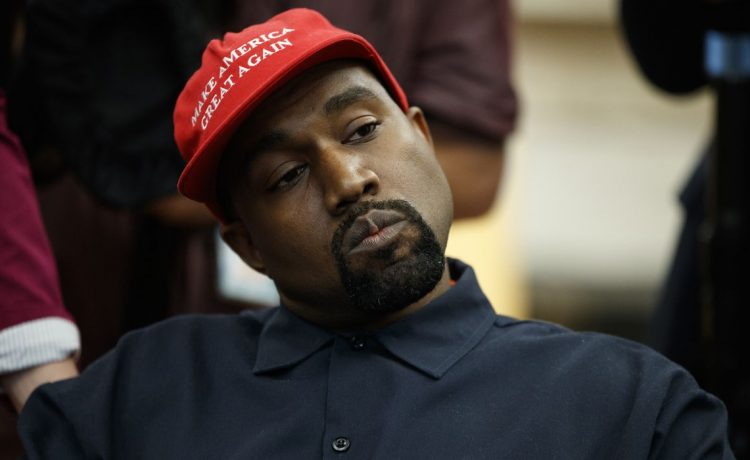 Rap star Kanye West called former President Donald Trump a friend and “my boy” in his latest interview, but also said he still feels used by him.

In a wide-ranging interview that aired Thursday night on Fox News Channel, Mr. West said that “older White people” are “quick to classify a Black person only by the fact we’re Black” and recounted one conversation with one older Whiteb person.

“Even Trump, a person we’d consider to be a friend of mine” isn’t immune to racialized using, he told host Tucker Carlson.

After a notorious White House visit on criminal-justice reform, Mr. West said he called Mr. Trump to help get someone out of jail.

“One of the things he said to me is ‘Kanye, you’re my friend. When you came to the White House, my Black approval rating went up 40%,’” Mr. West recounted.

He was generally positive about Mr. Trump in the interview, the first of two parts to air on Thursday’s and Friday’s episodes of “Tucker Carlson Tonight.”

For example, he said he became suspicious of Hollywood liberals because of how they leaned on him and used his then-wife Kim Kardashian to toe the party line on the former president whose name is generally mud in the entertainment industry.

He also suggested that Mr. Trump was being held back by his son-in-law Jared Kushner and Mr. Kushner’s brother Joshua, whom he called overrated venture capitalists.

“After talking to them and really sitting with Jared and sitting with Josh and finding out other pieces of information I was like ‘wow, these guys might’ve really been holding Trump back and being very much a handler.’ They love to look at me or look at Trump like we’re so crazy and that they’re the businessmen,” Mr. West said.

The rap star and multiple Grammy winner said the Kushners “never brought anything of value other than so-called being a good venture capitalist. I have a major issue with that and it makes me feel like they weren’t serving my boy Trump the way we could have.”

He also said that Mr. Trump’s flaws don’t mean he wasn’t the right president and perhaps was even on a divine mission like Mr. West said he himself is on.

“Trump wanted nothing but the best for this country … Moses stuttered. God isn’t always going to bring the most perfect personality. A lot of times the most fake people, their job is talking and making people feel comfortable. And the realest people are gonna make you feel uncomfortable — at first,” he said.