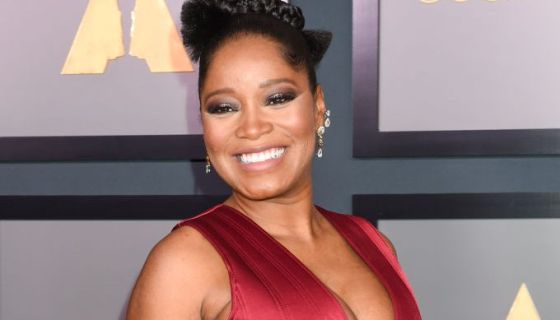 Congratulations are in order for Keke Palmer, who announced her pregnancy while hosting Saturday Night Live with a Beyoncé-esque baby bump reveal. 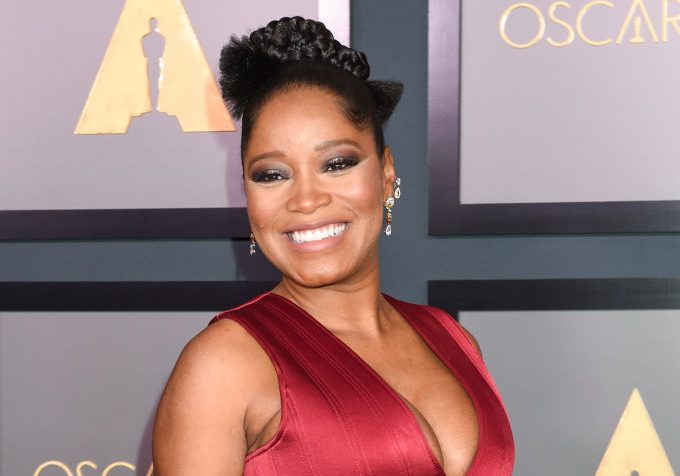 Keke’s star power effortlessly stole the show for her hosting debut. The actress, singer, writer, host, and entrepreneur was glowing as she gushed about adding “mom” to her long list of titles.

“There’s some rumors going around, people have been in my comments saying, ‘Keke’s having a baby, Keke’s pregnant,’ and I wanna set the record straight — I am!” she announced, snatching open a long grey coat to reveal her bun in the oven.

Although the news sent celebratory shockwaves through the internet, she discussed how hard it was to keep the pregnancy secret while

“I gotta say, though, it is bad when people on the internet spread rumors about you y’all, but it’s even worse when they’re correct. I mean, like, I was trying so hard to keep it on the down low, cause I got a lot of stuff going on, you know?

“People keep coming up to me, ‘Congratulations!’ I’m like can y’all stop? I got a liquor sponsorship on the line! Let the check clear, then we can get to the baby shower! But honestly this has been the biggest blessing, and I am so excited. Guys, I’m going to be a mom!” she said.

Between SNL’s legendary cast members and a year with Megan Thee Stallion and Lizzo’s hosting debuts, Keke had big shoes to fill. None of that fazes the child star turned media mogul. She proudly kicked off one of the season’s best episodes with “Baby, I’m Keke Palmer!”

Keke started strong with a new cuffing season song featuring musical guest SZA. When you need a man to keep you warm, this anthem explains “Big Boys” are a perfect choice.

“It’s cuffing season, and now we got a reason to get a big boy. I need a big boy. Give me a Big Boy!” Sza sang in front of a squad of big boy backup dancers. Keke, Ego Nwodim, and Punkie Johnson dropped hilarious hot verses about their love for men with extra heat and extra meat. “These bears don’t hibernate in winter,” Kenan Thompson said at the end of the new holiday classic.

Have you or a loved one been claimed as one of Drake’s ex-shorties for song lyrics or album inteludes? According to this PSA, you may be entitled to compensation. “Today, Her Loss is our gain,” said one spokeswoman for the United Tingz of Aubrey. Keke lead a union of women confronting from the name-dropping and pillow-talking Certified Lover Boy.

“I’m Keke Palmer. And that ‘Keke, do you love me?’ song ruined my damn life! That man had the whole internet asking if I’m the Keke. Well, yes, I am the Keke, just not that Keke! It was my name first. Stop acting like we smashed and give me my $6 million!” she demanded.

The documentary-style sketch “Kenan & Kel(ly)” was a dream come true for millennial fans who grew up with Keke and Kenan. Kel Mitchell blessed fans with a Kenan and Kel reunion for Keke’s wild reboot of the classic kids’ show. The new version featured orange soda, a love triangle, and a cameo from Keke’s baby bump.

When can we get a Keke Palmer variety show? This episode alone proves that she can really do it all.

In “Choir Practice,” Keke flexes her flawless singing voice as the new girl in school auditioning for a solo. The Alice actress has “future EGOT winner” written all over her.

Sza gave a moving performance of “Shirt,” the acclaimed lead single from her sophomore album S.O.S. After five years, the wait is almost over for the follow-up to her breakthrough album CTRL. Sza previously kept the details of her next release cryptic, including the date. After the final note of her first song, a graphic appeared, announcing “S.O.S. 12/9.“ She also sang “Blind” from her upcoming album.

Few celebs are beloved as Keke and it shows now that her internet cousins are virtually planning her baby shower. Check out some of the sweet celebrations and reactions to Keke’s pregnancy announcement.

Congratulations to Keke Palmer and her boyfriend Darius Jackson!