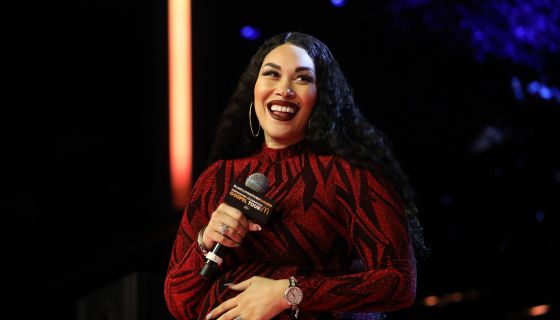 A fervently fertile singer and mother of ELEVEN is considering adding at least one more child to her brood. 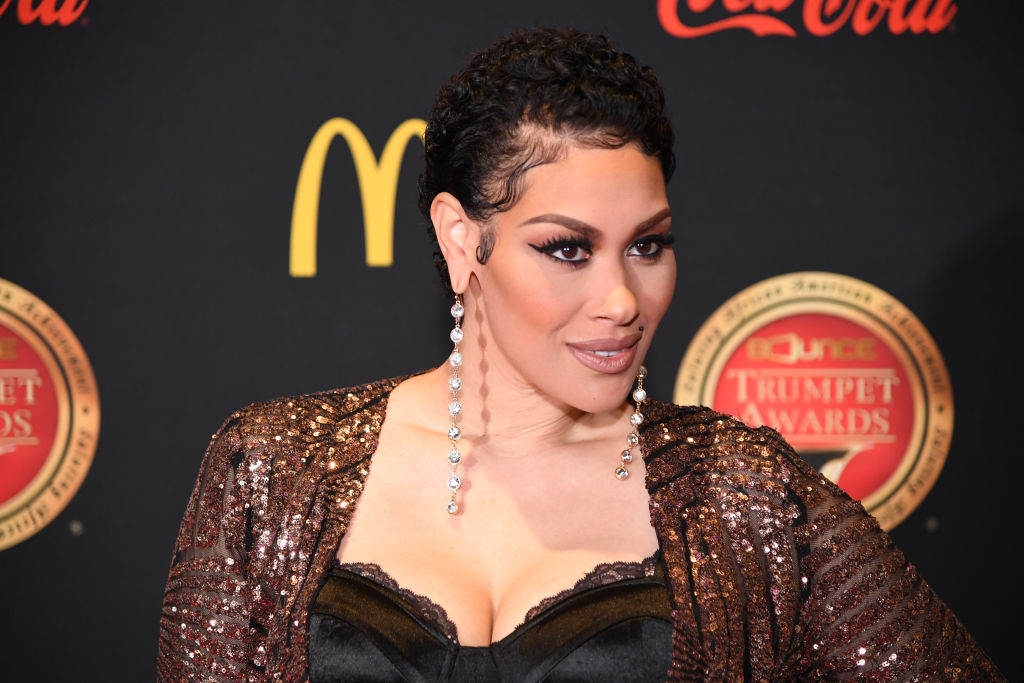 In her recent episode of TV One’s UNCENSORED, Keke Wyatt opened up about popping up pregnant at least one more time. The powerhouse songstress who recently went viral for flaunting her milfy mommy body during a performance is ALL about family and that family includes Ke’Riah, whom she shares with her hubby Zackariah Darring, as well as Keyver, Rahjah, and Ke’Tarah, 13, whom she shares with ex-husband Rahmat Morton and Ke’Mar, Wyatt, Ke-Yoshi, and Kendall, whom she shares with ex-husband Michael Ford. The former reality star, who suffered a stillbirth while married to Morton and named the late infant Heaven, also is very close with Michael Ford’s daughter from a previous relationship Mickayla, and she also claims Darring’s daughter from a previous relationship, Takhia. 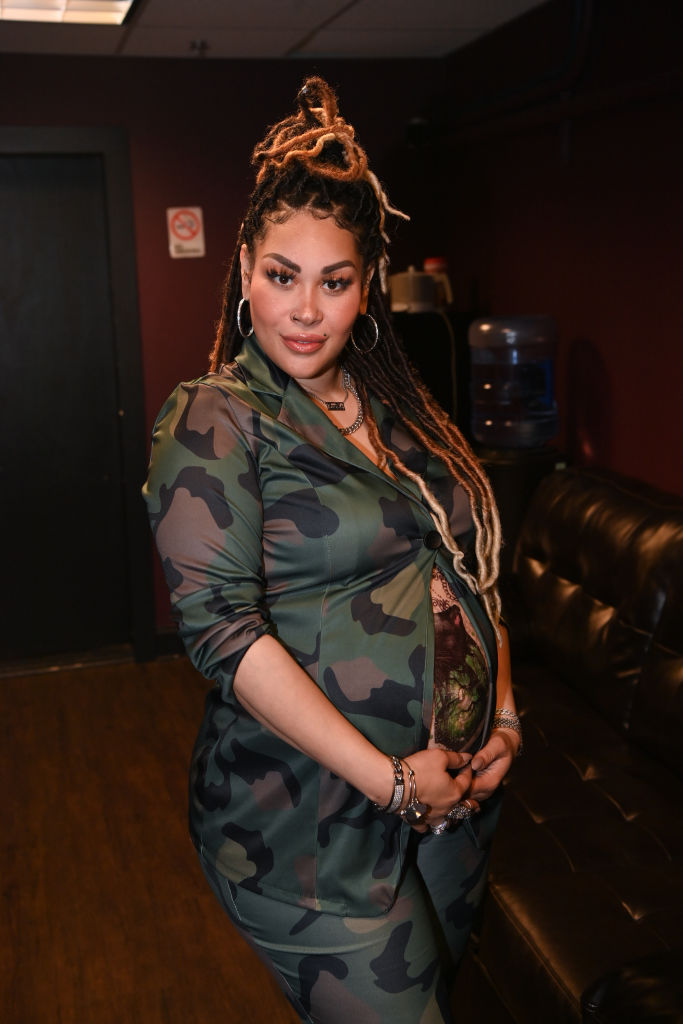 As previously reported Wyatt’s 11th child was born in May of this year.  Her son, Ke’Zyah Jean Darring was born healthy despite doctors’ original concerns about his positive test for a 13th chromosome. The condition known as trisomy 33, is a genetic disorder that can cause mental and physical disabilities and abnormalities. Keke and her husband decided to take the pregnancy full term and delivered their miracle baby number 11.

On UNCENSORED she shared that she’s ready to expand her family even further.

“I think I’m gonna do one more. I love being a mama,” said the songstress on UNCENSORED. If I wasn’t a mommy, I don’t think I would be who I am today. I started my career with a child and I’m still in my career with 11 kids.”

A Large Family Was Always In Keke Wyatt’s Plans

“I always said when I was a little girl, I wanted a lot of children, added Wyatt on UNCENSORED. “I used to say ‘mommy, I’m going to have between eight and ten. Well, I’m at 11 so….”

Looks like she’s gotten her wish and then some but spoke about people doubting her ability to manage her singing career as well as be a present parent for gaggle of kiddies.

“They told me ‘if you have a baby you’re not gonna be able to do what you need to do, travel, and such and such.”

The children haven’t stopped or slowed anything for the singer, in fact, the majority of her children were born after she exploded on the scene in 2001. Two of Keke’s 11 are children born to other mothers, so this next one will make 10 biological children for the powerhouse.

Keke’s Husband Previously Said They Were Done Having More Kids

While she was pregnant with baby number 11 Keke addressed her husband’s hesitation towards adding yet another little one to the family.

“Well, my hunnie, [Zackariah Darring], can wear a [‘Last One’] shirt all he wants, [but] I have learned never say never,” she told US Weekly referencing her husband’s outfit in their Instagram pregnancy reveal four days prior. 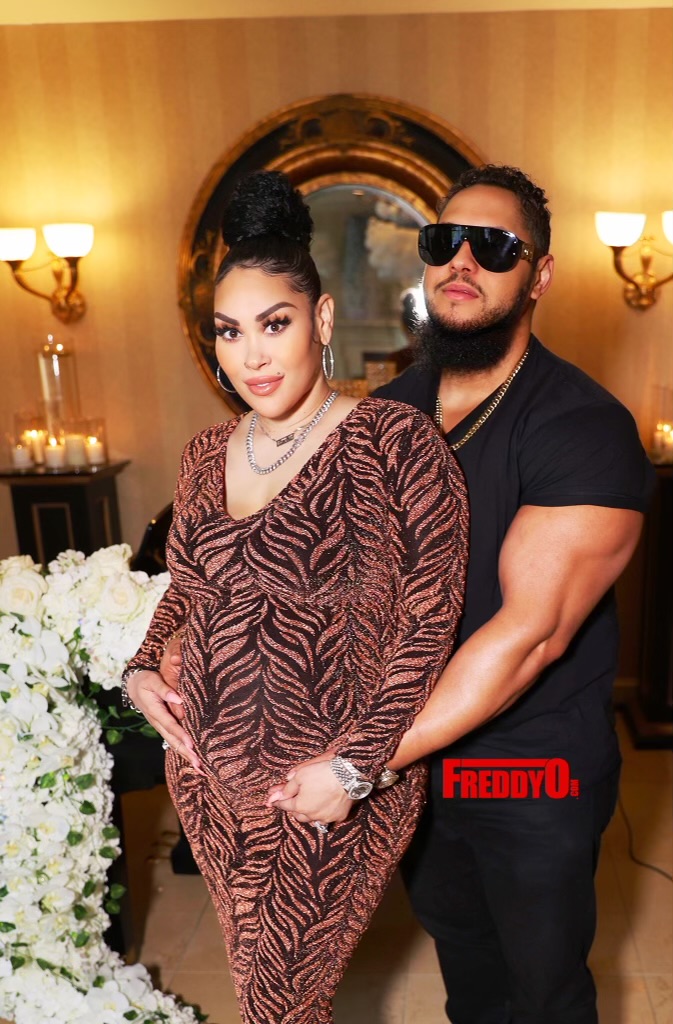 Maybe all this child-rearing is giving our girl Keke superhuman singing abilities because as well all know, pregnant or not, Keke Wyatt sings the house down every time she touches a microphone.

Watch her on UNCENSORED below.