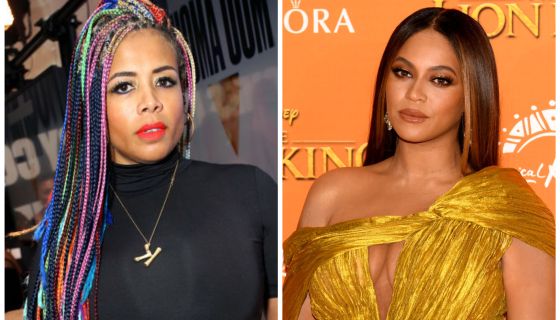 “The reality is that my REAL beef is not ONLY with Beyoncé, she sampled a record, she’s copied me before, so have many other artists—it’s fine, I don’t care about that. Not only are we Black female artists in this industry, we’ve met each other, we know each other, we have mutual friends—it’s not hard, it’s just common decency…” 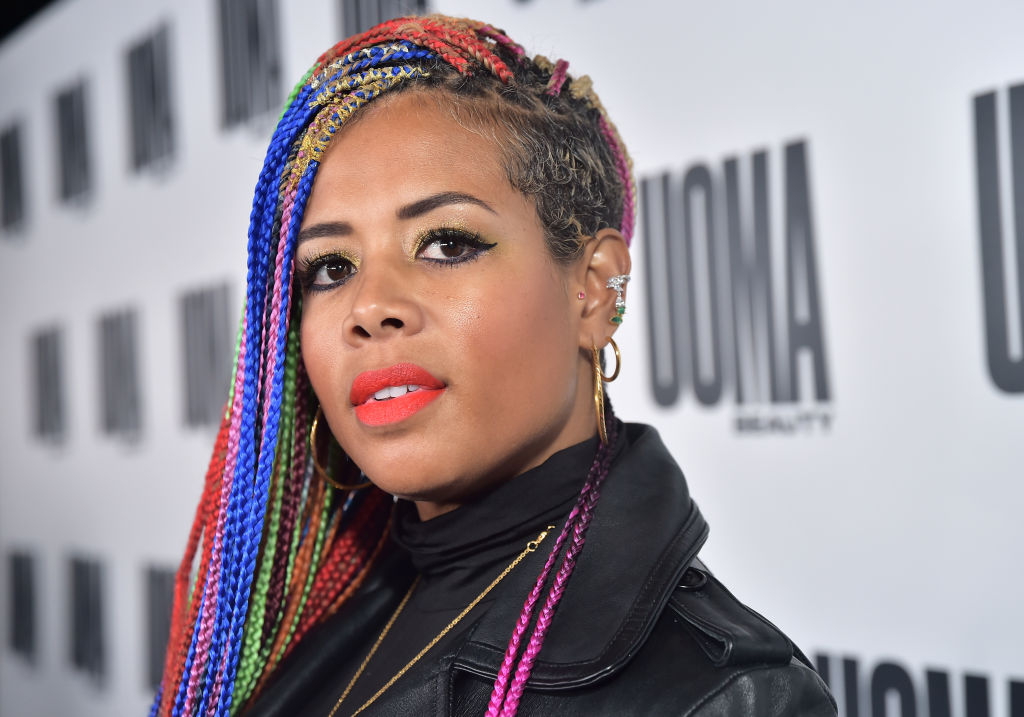 After Beyoncé’s long-awaited album Renaissance was leaked two days before the official drop, the Beyhive was sent whizzing into a chaotic frenzy again Thursday when Kelis claimed she wasn’t properly credited for a song set to appear on the forthcoming album.

The controversy started after an Instagram fan page dedicated to the “Milkshake” singer revealed a list of artists who were sampled on the highly anticipated release. Initially, fans grew excited to see Kelis and the late great Teena Marie’s name credited on the star’s new song called “Energy.”

According to some reports, the tune samples Kelis’ 1999 hit smash “Get Along With You”, which was produced by The Neptunes a.k.a. Pharrell Williams and Chad Hugo. 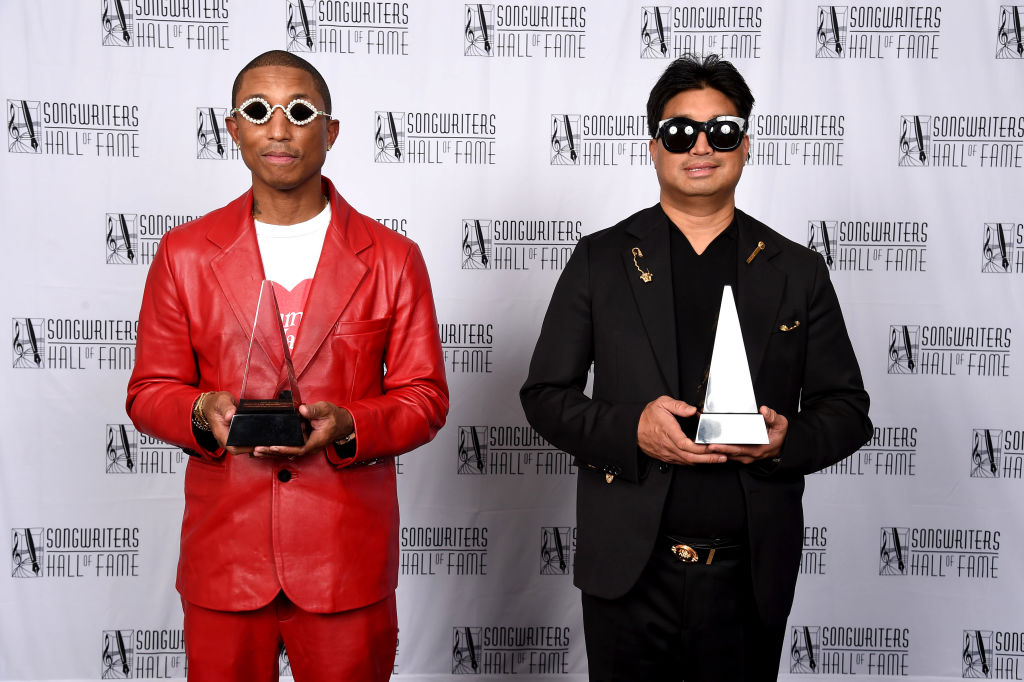 Kelis Goes Off About The Sample, Calls It “Theft”

Well, eventually, Kelis caught wind of the news after the post went soaring across the internet, but instead of celebrating, the 42-year-old star appeared to be baffled by the sample credit. The singer took to the comment section, noting how she wasn’t even aware that her song was being sampled on the project.

“My mind is blown too because the level of disrespect and utter ignorance of all 3 parties involved is astounding,” Kelis responded to the news from her cooking Instagram account Bounty and Full.

“I heard about this the same way everyone else did. Nothing is ever as it seems, some of the people in this business have no soul or integrity, and they have everyone fooled.”

….the drama didn’t end there.

The R&B crooner turned chef took the opportunity to air out a few grievances with people celebrating the seemingly unauthorized sample.

In response to one fan who wrote, “Awesome…that’s a collab the world really needs,” the mother of three replied:

Some fans thought that Queen Bey’s sample homage to Kelis was out of admiration of the star’s raspy vocal chops, but the “Midnight Snacks” hitmaker was quick to shut down the theory.

“Admire is not the word”, Kelis responded to a Sasha Fierce fan who mentioned the possibility. 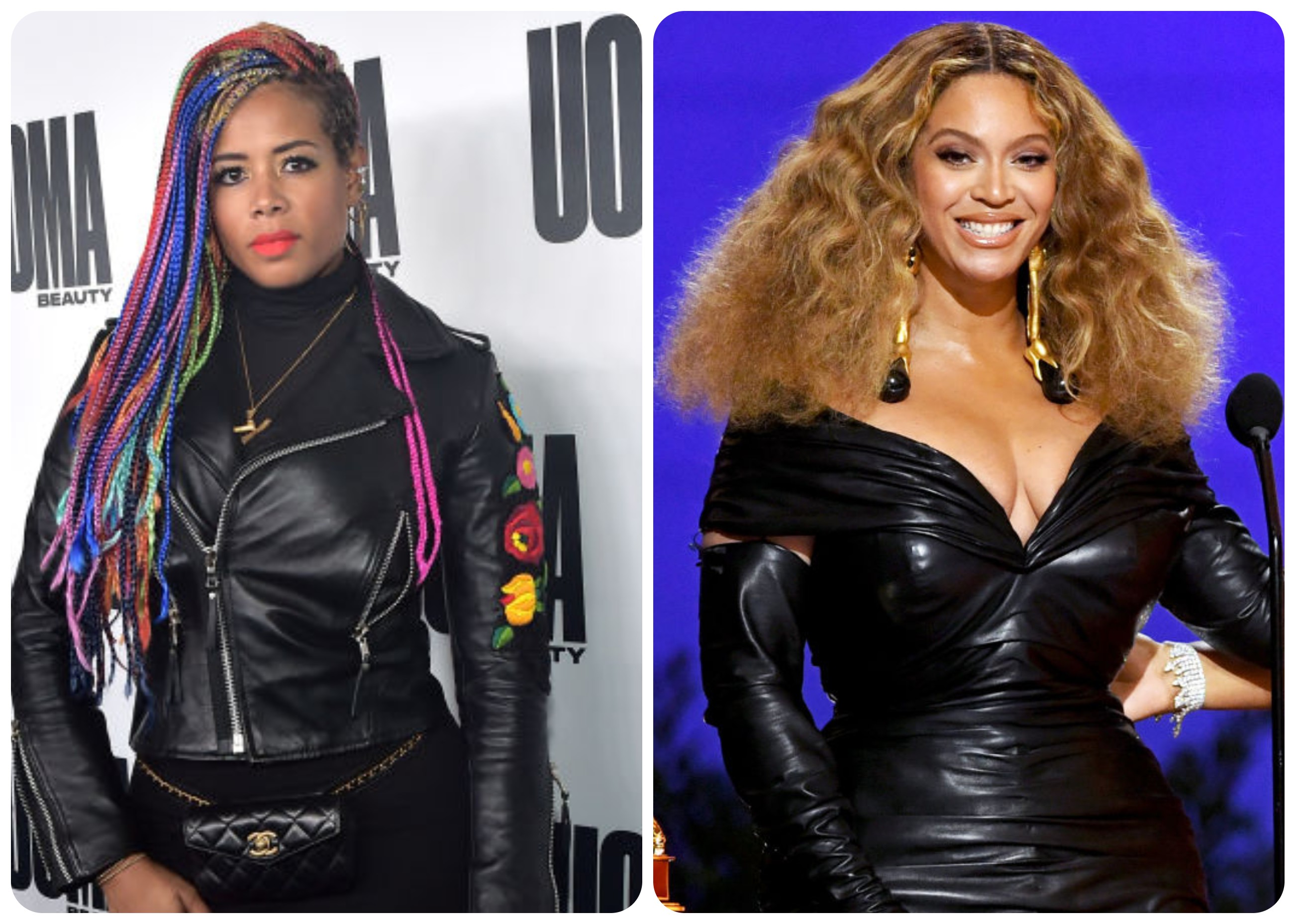 As Beyoncé fans caught wind of what Kelis said about their leader, a defiant Kelis went live on Instagram. According to the songstress, she’s not scared of “sheep” [the BeyHive], and Beyoncé, Pharrell, and Chad are all in the wrong.

“Number one, I’m a human being so I get pissed off and I get ticked off,” said Kelis in her Live noting that she’s an artist and she’s sensitive about her s***” like Erykah Badu.

“The reality is that my REAL beef is not ONLY with Beyoncé , she sampled a record, she’s copied me before, so have many other artists—it’s fine, I don’t care about that. Not only are we Black female artists in this industry, we’ve met each other, we know each other, we have mutual friends—it’s not hard,” she added.

“It’s just common decency, especially because I know what I own and don’t own, I also know the lies that were told, the things that were stolen, publishing that was stolen, people were swindled out of rights. It’s not about me being mad about Beyoncé—you’re all sheep!  She’s one issue because it was stupid and disrespectful and she shoudlv’e reached out. It’s about people like Pharrell and like Chad [who] is an amoeba, he’s spineless it’s a miracle he can keep his neck up.  Pharrell does this all the time to me, it’s a direct hit.

“No one had the human decency to call me, the reason I’m annoyed is because I know it was on purpose This was an on purpose direct hit, it was passive aggressive. So all you Beyoncé fans, knock yourself out. I’m not mad like that. I was not thinking about her or no one else–it has nothing to do with that. It has to do with the fact that from one artist to another you should have the decency to call and just reach out. That’s what you do.

Grow up, I don’t mince my words. These are facts, it is not opinion!”

She added in a second video that there’s hypocrisy in the music business and Pharrell and Beyoncé are two people guilty of it. She blasted Pharrell for talking about artist rights when he allegedly stole from her and Beyoncé for singing about women’s empowerment but not “being about it.”

The Beyhive Reacts To Kelis’ Fiery Response To Beyoncé

Naturally, the ongoing drama ruffled a few stingers among the Beyhive, so much that fans took to the internet to call out Kelis for what they believed was misguided “Energy” from the star.

One member pointed out that Kelis does not own her publishing, hence why she wasn’t properly credited.

“Beyoncé could of left Kelis name off it. Instead, Bey put Kelis’s name on the list of sample credits. Some hoes don’t deserve nice things…Kelis needs 2 take up her misplaced anger with her former label. #Renaissance,” they wote.

Another user argued that the Grammy-nominated artist’s acknowledgement of Kelis on the sample list was, in fact, credit, especially since she didn’t write or produce “Get Along With You.”

All of this comes after the New York native opened up about her fall out with The Neptunes in an interview with the Guardian in January 2020. According to the star, Pharrell and Chad Hugo “blatantly lied” and “tricked” her into signing over publishing rights to her first two albums, Kaleidoscope and Wanderland.

“I was told we were going to split the whole thing 33/33/33, which we didn’t do,” she explained at the time, noting how she was unaware of the dispute for years because she was making tons of money from touring.

“Their argument is: ‘Well, you signed it.’ I’m like: ‘Yeah, I signed what I was told, and I was too young and too stupid to double-check it,’” she added.

Some Bey stans said that Kelis should be chewing out Pharrell for the improper accreditation and not the Houston, Texas native.

Who do you think is in the wrong here? Tell us down below! 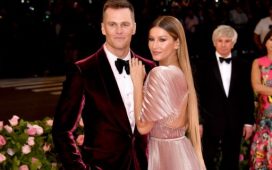