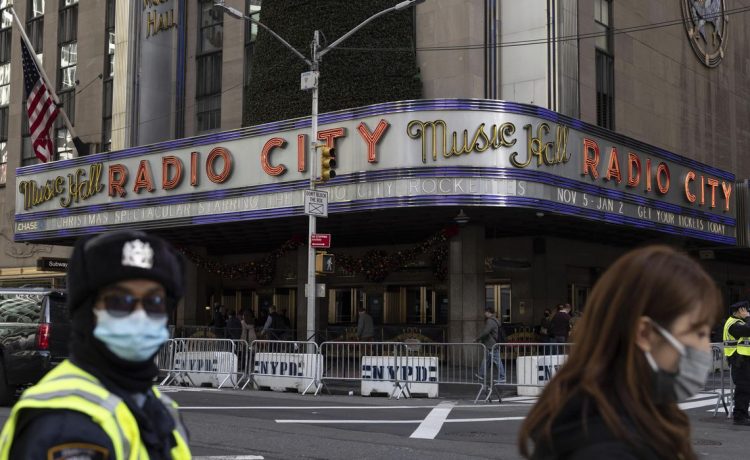 A mom chaperoning Girl Scouts to see a Christmas event at Radio Music Hall last month was kicked out after facial recognition software identified her as an employee of a New Jersey law firm battling the venue’s owner.

Kelly Conlon was refused entry despite having a ticket to the Rockettes Christmas Spectacular, and she was picked up by the software less than a minute after entering the venue.

“It was pretty simultaneous, I think, to me, going through the metal detector, that I heard over an intercom or loudspeaker. I heard them say ‘woman with long dark hair and a grey scarf,’” Ms. Conlon told WNBC, the New York City NBC affiliate, this week.

Having driven numerous attendees to the event, she could not leave, so she waited outside in the rain for the duration of the show.

Why was Ms. Conlon flagged?

She works for New Jersey law firm Davis, Saperstein & Salomon, which is engaged in personal injury litigation against a restaurant owned by MSG Entertainment, which owns Radio City Music Hall.

“They said my firm was on the attorney exclusion list and escorted me out,” Ms. Conlon told the New York Post.

Ms. Conlon does not practice law in New York, nor is she involved in any litigation against MSG Entertainment.

“MSG instituted a straightforward policy that precludes attorneys from firms pursuing active litigation against the Company from attending events at our venues until that litigation has been resolved,” the company told the Post in a statement.

“All impacted attorneys were notified of the policy, including Davis, Saperstein & Salomon, which was notified twice,” MSG Entertainment stated.

Now the law firm plans to fight back by going after the company’s liquor license.

“The liquor license that MSG got requires them to admit members of the public, unless there are people who would be disruptive who constitute a security threat … The fact they’re using facial recognition to do this is frightening. It’s un-American to do this,” Sam Davis, a partner at Davis, Saperstein & Salomon, told WNBC.