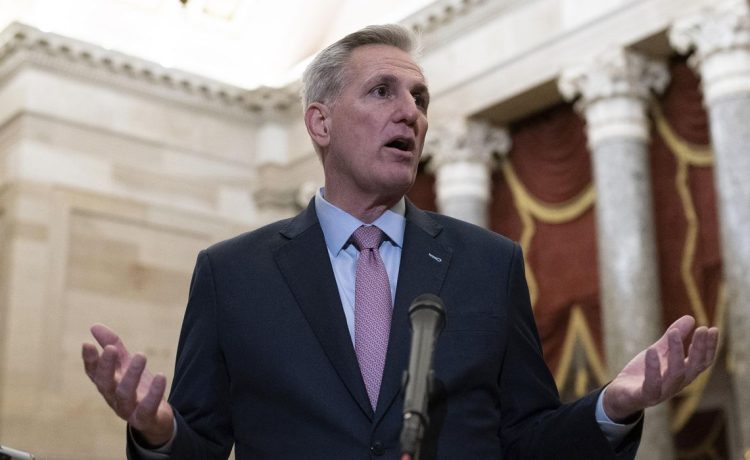 House Speaker Kevin McCarthy on Wednesday demanded to know why the discovery of classified materials at a Washington think tank where President Biden once had an office was withheld until after last year’s midterm elections.

The documents were discovered on Nov. 2, just six days before the midterm elections, but the matter only became public Monday due to news reports.

Attorney General Merrick Garland quickly assigned John Lausch, the U.S. attorney in Chicago, to review the matter. His investigation has reportedly been ongoing since November.

Mr. McCarthy, California Republican, said the Justice Department and the White House should have been forthcoming.

He compared the revelation to the discovery of a laptop belonging to the president’s son Hunter Biden just weeks before the 2020 presidential election. An FBI investigation into the laptop’s contents, which detailed questionable business dealings, was slow-walked by FBI brass, bureau whistleblowers have alleged.

“Why does this Justice Department treat people differently?” Mr. McCarthy said, according to Fox News. “Every time we find something that comes out before the election dealing with Biden’s family, it’s pushed under the rug.”

Mr. McCarthy vowed to get to the bottom of why the discovery of Mr. Biden’s documents, which date back to his time as vice president, was not made public sooner.

He added that the Justice Department treats people differently “based on their philosophical or political party, and that is wrong in America.”

Mr. Biden on Tuesday said he was “surprised” to learn that his lawyers found classified government documents in his former office and doesn’t know what information they contain.

“After I was briefed about the discovery, I was surprised to learn that there are any government records that were taken to that office,” he said at a news conference in Mexico.