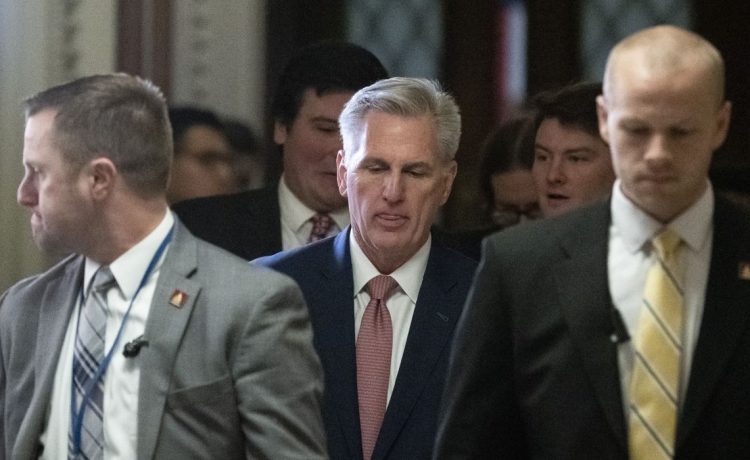 House Speaker Kevin McCarthy on Tuesday made his first pitch to Democrats to join Republicans in putting up a united front against the rise of China.

The California Republican vowed to take seriously Democrats’ concerns about the GOP-created China select committee, which is tasked with examining U.S. competition with the Chinese Communist Party, becoming a partisan panel.

At least one Democrat, freshman Rep. Jared Moskowitz of Florida, said he backed the committee’s effort to “establish a competitive edge against the CCP.”

The House was expected to create the new committee in a vote later on Tuesday.

Mr. McCarthy announced last year that he had tapped Rep. Mike Gallagher of Wisconsin, a China hawk, to lead the panel.

Mr. Gallagher was also a member of the previous China task force which was headed by Rep. Mike McCaul of Texas.

Democrats had pulled out of the task force at the last minute, prompting GOP criticism of then-House Speaker Nancy Pelosi on her seriousness over tackling Beijing.

The select committee will seek to look at ways to restore U.S. supply chains to reduce dependence on China, strengthen its military, investigate Beijing’s alleged human rights abuses, and review the confiscation of Americans’ data and intellectual property.

Mr. McCarthy said he also wants to look into how environmental, social, and governmental frameworks “benefit” the rise of the Chinese Communist Party.

“It is here at home where the party’s extraterritorial totalitarianism terrorizes,” Mr. Gallagher said. “The CCP doesn’t pose a threat to Democrats or Republicans. It’s a threat to all Americans.”

Democrats said they were united in confronting China, but also said they would put a check on Republicans fanning anti-Asian hate.

“We certainly don’t want it to turn into a place that perpetuates anti-Asian hate. We certainly won’t tolerate that,” said Rep. Jim McGovern, Massachusetts Democrat.

Democrats often accused Republicans of spreading xenophobic rhetoric against Asian Americans by speculating that the coronavirus pandemic originated in China.

Rep. Earl Blumenauer, Oregon Democrat, said he was open to giving the committee a chance.

“I think this select committee can be a forum to bring us together on a nonpartisan basis to take areas in which there are profound agreements,” he said.