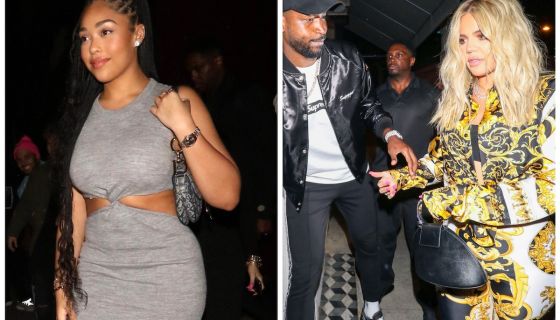 Khloe kontinues to katch the side-eye for her latest declaration of forgiveness in regards to her two (three/four) timing baby father. 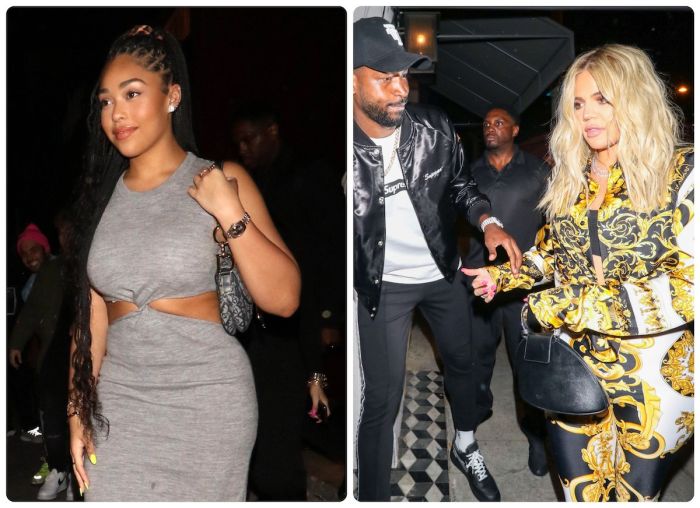 In the wrap episode for The Kardashians on Hulu, Khloe finds out about her b-ball baby father’s new bonus baby the same day as the entire world. The family’s reality show cameras rolled the entire time. While the rest of the family reacted with anger, Khloe chose to reflect on her own.

Eventually, Khloe tells Kendall she tried to give Tristan a chance for the sake of her family: “Sometimes you do stupid things for your kids, but also you can’t be stupid for your kids for so long. I will say I’m really proud for how I tried for True and the rest is the rest.”

Khloe also addressed how she continued to give Tristan chances to redeem himself following the humiliation of being publicly embarrassed on multiple occasions, saying:

“I don’t feel guilty,” the denim diva told her big sister Kim, in response to the latest scandal. “I believe in second, third, fourth chances of everyone. I want someone to give me the same grace I’m giving them.”

“Is it the most f**ked up thing that this has to happen so publicly every f**king time in my life? Yes. Is it so f**ked up that society blames me or women? It’s disgusting and deplorable of these people to talk about other people like that. There’s no empathy, there’s no compassion, there’s just no sense of humanity,” she continued.

True’s mama doubled down Thursday night on her sappy sentiments via Twitter.

“Life is full of lessons, teachable moments. We should handle them with grace/love. Even if we are hurt by them. Take ur moment, cry/scream but remain composed & remember that Love heals & teaches more than anger or hate ever will. We all deserve forgiveness and most of all… LOVE”

Needless to say, her plea for compassion wasn’t well-received, as spectators wondered where that “forgiving” energy was for Jordyn Woods.

The tweet started a full-on firestorm as users came from far and wide to drag Khloe for how she handled the situation. Her critics set her Twitter replies ablaze, mostly confronting her about her handling of Kylie’s old pal. Fans didn’t hesitate to remind the Kardashian that after Jordyn and Tristan played kissy face at the party heard about around the world, Khloe and her krew went on a warpath, dragging Woods publicly.

“This is hilarious coming from Khloe. We all remember how she treated Jordyn Woods she did not handle that with grace and love nor did she remain composed. When Khloe apologizes she can try this again.”

“I love how the Kardashians are talking about don’t blame Khloe and don’t blame women like they didn’t dog Jordyn out for Tristan’s mistake. Until she publicly apologizes for that I’ll keep calling Khloe stupid.”

Seems as if there won’t be much sympathy until there is justice for Jordyn.

Kim Kardashian Offers Khloe Support With A Side Of Shade:

Kimberly, who has had a slew of cringeworthy relationship drama air over the past 14 years, was visibly emotional throughout the episode. In an attempt to come to her sister’s defense and offer some support, Kim pointed out that T.T. has had her sissy out here looking crazy.

“I’m so proud of who Khloe is that she wanted to give her relationship a second chance, even after he dogged her and embarrassed the s**t out of her. When the whole world is looking at you, laughing at you, calling you every name in the book, do you know how hard that is? It’s 10 times harder to stay in a situation than it is to leave,” Kim told the cameras.

In the episode, Khloe seemed pretty clear on being done with Thompson (again), but also said in her confessional that if Tristan is going “do something stupid, that’s fine,” but he should at least warn her and not let her find out “with the rest of the world.”

It’s clear that Two(Million)-Time Thompson and Khlo-Khlo have something most people don’t understand but if she decides to “stick beside him,” hopefully next time Caribbean Jerk can keep it under wraps or just wrap it up.

Do you think Khloe should have anticipated the online backlash to her message about forgiveness?