Kim Kardashian Cries Over How Hard Coparenting With Kanye Is 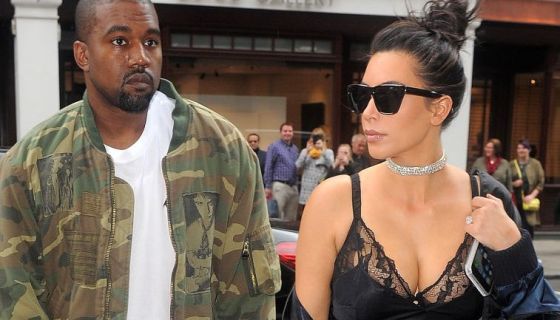 In a new episode of the Angie Martinez IRL podcast, which premiered on Monday, December 26, Kim Kardashian really opened up about her life post-divorce. While she still maintains she won’t air out her issues with Kanye publicly, to protect her kids, she does go into just how hard it has been to raise their kids together while dealing with his almost-constant outbursts.

“I definitely protected him, and I still will in the eyes of my kids,” the reality star told Martinez of Ye. “For my kids. So, in my home, my kids don’t know anything that goes on [in] the outside world.”

She continued: “I am holding on by a thread. I know that I am so close to that not happening, but while it is still that way, I will protect that to the end of the Earth as long as I can. My kids don’t know anything. So, at school, some of my best friends are the teachers so I know what goes on at recess and lunch time. I hear what is being talked about.”

Of course, Kardashian has to do a lot more that hide headlines from her kids, admitting just how hard it is to hype up Ye to his kids when, in reality, they might be going through a rough patch.

“It is [a full-time job]. It is worth it because I think that of course I want to disassociate in specific thoughts and things being said because that is not me,” the SKIMS founder shared. “But at the same time in my home I could be going through something, but if we are riding to school and they want to listen to their dad’s music — no matter what we are going through — I have to have that smile on my face and blast his music and sing along with my kids. [I can] act like nothing is wrong and as soon as I drop them off, I can have a good cry.”

Ultimately, Kim burst into tears during the podcast while discussing how her relationship with late father Robert Kardashian influenced her decisions as a mother.

“I had the best dad. I don’t want to get emotional, but it’s just been a day for me,” she told Martinez. “It is hard. Coparenting is really f***ing hard. I had the best dad and the best experiences, and that is all I want for my kids. As long as they can have that, that is what I want for them.”

Kardashian also talked about her dating life, admitting she fears that certain people won’t want to be with her because of what Kanye might say or do.

“There’s a part of me that is like, ‘Oh my God, is everyone gonna be scared because I don’t have the easiest ex? I don’t think that’s fair for me to ever put someone in a situation or bring a new person in who could be super innocent,” Kim said. “Then there’s a side of me that’s like, ‘Why would I ever have to live that way?’”

She went on to say that she  might never tie the knot again, but she does believe a life partner is absolutely in the cards.

“I don’t know if I’ll get married again, but I’ll have my forever partner. I know that. He’s coming, absolutely,” Kardashian told Martinez. “I’m at peace and I’m gonna have fun until that happens.”

Check out the full episode of Angie Martinez IRL with Kim Kardashian down below: