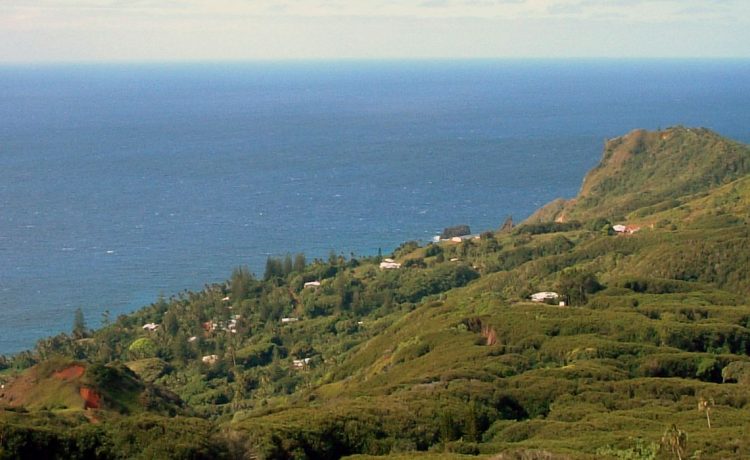 Pitcairn Island, one of King Charles III’s tiniest and most remote outposts, is marking the new monarch’s accession with a ceremony Sunday.

Iona Thomas, recently appointed as governor of Pitcairn, best known as the place where mutineers from the H.M.S. Bounty found refuge in 1789, participated in the accession ceremony via video link from her office in Wellington, New Zealand.

The volcanic outcropping — one mile long and two miles wide — lies midway between Panama and New Zealand, and its population hovers around the 50-person mark. Tourism and sales of handcrafts, coins and postage stamps drive the island’s economy.

“We have taken note of our Queen’s death, in several ways, and we’re right now in the midst of other matters relating to her death and to the ascension of King Charles III, our new King,” an island spokesperson told the Pitcairn Islands Study Center, located in California’s San Francisco Bay Area.

“Upon learning of the Queen’s death, all flags on Pitcairn were immediately hoisted to half-staff, and they will stay that way until the 10 days of mourning are over,” the islander reported.

At noon on Friday, islanders struck a bell 96 times to mark each year of Elizabeth’s life, something usually done on the day of a deceased islander’s funeral. Royal Warren, age 94, led the islanders in signing a book of remembrance in the island’s Public Hall.

Neither the late monarch nor the new king has visited Pitcairn. The only official visit by a member of the royal family came in 1971 when the late Prince Philip, Elizabeth’s husband, and Lord Louis Mountbatten made a stop while traveling on the royal yacht Britannia.

Celebrated in books and movies for the Bounty mutiny, Pitcairn has also faced darker times. In 2004, seven islanders were tried for a string of sex abuse charges, something that tarnished the image of the island as an unspoiled idyll.