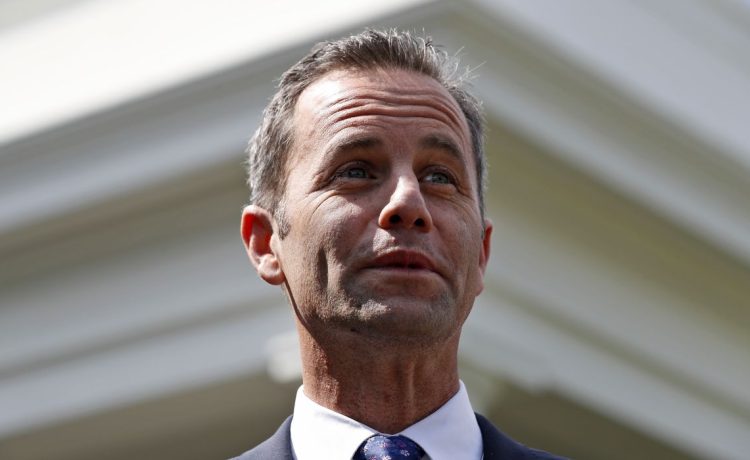 Kirk Cameron is finally getting a chance to read his Christian-themed children’s book in public libraries, but don’t expect him to get the drag-queen treatment.

The actor said Tuesday that he will be reading “As You Grow,” published by Brave Books, later this month at the Indianapolis Public Library in Indiana and the Scarsdale Public Library in New York after previously receiving the cold shoulder.

“I’m thrilled to be partnering with some of these libraries who have agreed to reverse course,” Mr. Cameron said on “Fox & Friends.”

“They’ve changed their minds. And now they’re going to give me space to read these beautiful principles to children within their community,” he said.

Mr. Cameron is scheduled to appear Dec. 29 at the Indianapolis library and Dec. 30 at the Scarsdale library, but neither library is rolling out the red carpet.

Brave Books is paying to rent public rooms at the venues as opposed to being hosted as part of a library-sponsored program.

Neither library has promoted his appearance, and the Scarsdale library posted a statement distancing itself from the event.

“The Scarsdale Public Library is not sponsoring an event by Brave Publishing,” the library said.

The statement explained that the meeting rooms are “designated public forums,” and that the library could face “legal and financial consequences” for excluding “controversial” groups.

“Libraries may not deny meeting room access even to individuals or groups that are considered offensive or controversial,” the statement said. “Libraries have been successfully sued by groups that have been denied access to library meeting rooms based on the group’s beliefs, the content of their speech, or the fear that the group’s meeting will cause controversy. The Scarsdale Public Library is likewise not permitted to regulate the message of any parties who rent a room.”

The library said it previously turned down a request to schedule a story hour at which Mr. Cameron would read his book and discuss “the harmful effects of woke ideologies.”

The Scarsdale library gave a far warmer reception earlier this year to Drag Queen Story Hour, promoting the June 15 event on its website, explaining the history, and inviting members of the community to “join us in a celebration of Pride Month. Ages 2+.”

The Indianapolis Public Library insisted that there was no “change of position,” saying that “any author or community member is able to book a room for an event, regardless of whether or not IndyPL is a ‘partner’ for the event.”

“IndyPL staff never told Mr. Cameron or Brave Books that they cannot rent a room to hold their own program,” the library said in an email. “The publisher has booked a lovely room at one of our locations at our regular events rate.”

The library added that its programming department staffers “do not say yes to everyone who asks to work with them. Both accepting or declining to partner on or promote a program happens often and is not a unique circumstance.”

Victories happen one by one, sometimes two by two!

If you are in the Indianapolis, Indiana or Scarsdale, New York areas during the times listed above, we would love to see you at these libraries to enjoy Kirk Cameron’s new book “As You Grow!” pic.twitter.com/JrkDy7wilm

The Indianapolis library advertised its 2021 Drag Queen Story Hour as an event for preschoolers on its website, saying, “Let’s celebrate with our community’s greatest entertainers and literacy advocates, the drag queens! Our theme this year is Discovery, so come dressed up.”
The cost for the Scarsdale room rental is $750 plus tax, while the Indianapolis library is charging $200, said Brave Books chief of staff Zac Bell.

He insisted that both libraries “originally wanted nothing to do with Kirk Cameron or Brave Books.”

“That is clear in the response we received when we asked if we could host a story hour,” said Mr. Bell in an email. “After Kirk pressured Scarsdale Library and the Library in Indianapolis with the letters, they both responded with an invitation for Kirk to come. We happily accepted the invitations and are scheduled to do story hours at both libraries.”

“As You Grow,” written by Mr. Cameron and illustrated by Juan Moreno, “teaches the Biblical truths of the Fruit of the Spirit,” said the publisher’s description.