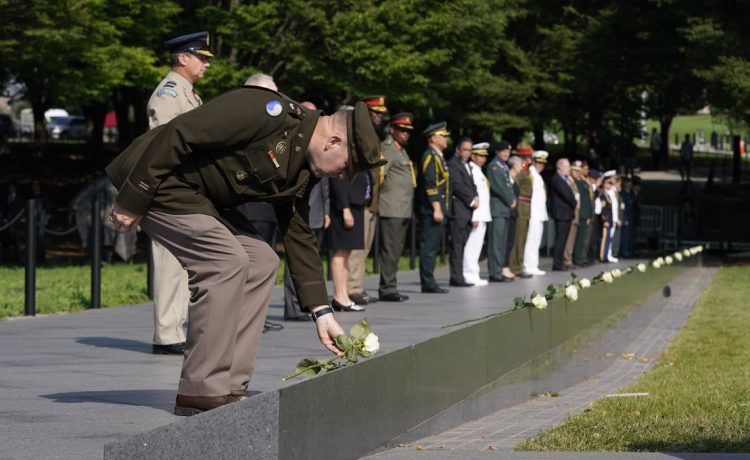 The $22 million Wall of Remembrance was authorized by Congress in 2016.

The centerpiece of a broader renovation to the Korean War Veterans Memorial, it features 100 panels bearing the names of 36,634 American GIs and 7,174 Korean troops serving in American units who died during the 1950-1953 conflict.

“I think they’re all heroes, every damn one of them,” Wilt Howard, a 92-year-old Marine war veteran, told The Washington Times. “I’m proud we stopped communism for the first time.”

Mr. Howard and his wife Jean, 91, traveled from Williamsport, Pennsylvania, for the dedication. He served in combat as an artillery chief for 11 months and lost two childhood friends in the war