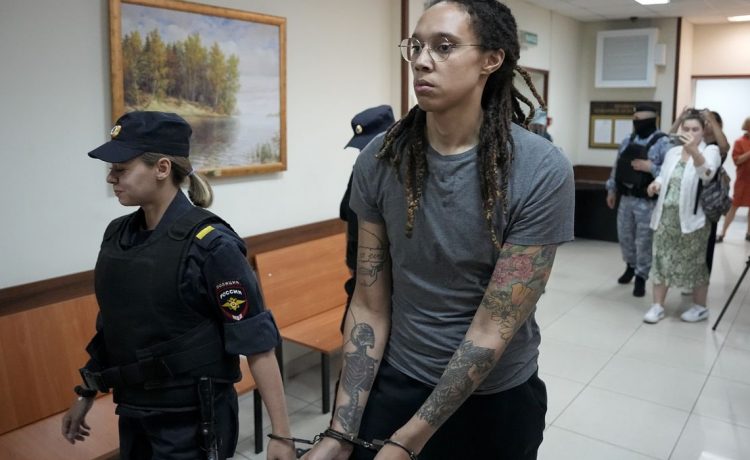 The Biden administration has received no response from the Kremlin about its “serious offer” to secure the release of WNBA star Brittney Griner and former U.S. Marine Paul Whelan.

President Biden is expected to speak with the families of both prisoners later Friday to provide an update on the status of his administration’s negotiations with the Kremlin.

“Sadly we don’t have a result here to tell you about, but the president felt it was important to continue the dialogue with the family members,” Mr. Kirby said.

“We have stayed in touch with them throughout,” he said. “We have kept them informed throughout. But the negotiations are still ongoing.”

Secretary of State Antony Blinken announced in late July that the administration had made an offer to secure the release of both Americans, whom the administration says are being wrongly detained by Moscow, though offered few specifics.

CNN later reported that the Biden administration offered to exchange convicted Russian arms trafficker Viktor Bout in exchange for the two Americans. Bout is serving a 25-year sentence in the U.S. after being convicted in 2011.

Mr. Blinken’s comments marked the first time the U.S. government had revealed actions it was taking to secure Mrs. Griner’s release after she was arrested on drug-related charges at the Moscow airport after vape cartridges containing a small amount of cannabis were found in her luggage.

She said the cannabis was for medical purposes and that she had not realized she had included it while packing.

A Russian court sentenced her to nine years in prison in August for smuggling drugs “with criminal intent.”

He also pledged to “continue to work tirelessly and pursue every possible avenue” to bring home Mrs. Griner and Mr. Whelan, who was jailed by Russia in 2018 on espionage charges, “safely as soon as possible.”