The Great Days > News > Kremlin: No withdrawal from Ukraine before end of year
News

Kremlin: No withdrawal from Ukraine before end of year 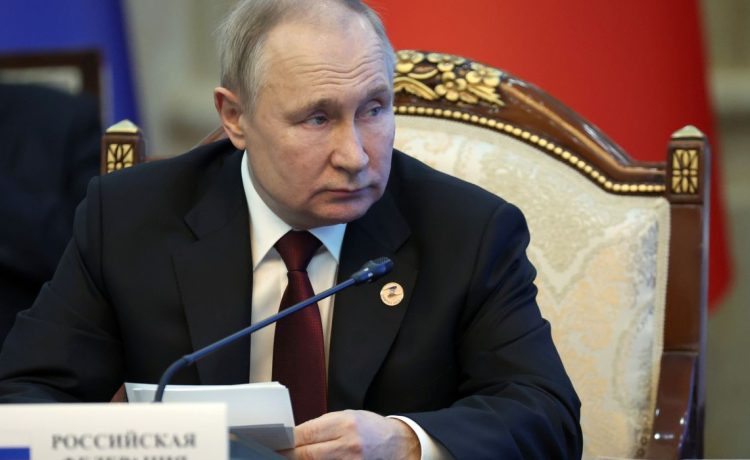 The Kremlin says it will not withdraw troops from Ukraine before the end of the year unless Kyiv acknowledges the legitimacy of recent votes carried out by Russia-backed separatists in the country’s embattled Donbas region.

Russian presidential spokesman Dmitry Peskov told reporters in Moscow on Monday that Ukraine must first “take into account the new realities” before any troop withdrawal can commence.

“These realities indicate Russia has new constituent territories. They appeared as a result of referendums that took place on these territories,” Mr. Peskov said, according to the official Russian TASS news agency.

He said any progress toward a settlement would be “impossible” until the government of Ukrainian President Volodymyr Zelenskyy acknowledges the referendums.

“It is out of the question,” Mr. Peskov said, according to TASS. “The Ukrainian side will have to take into account the realities that emerged lately. These realities are a product of the policy that the Ukrainian leadership and the current Ukrainian regime have conducted for the past 15 or even 20 years.”

Kyiv has steadfastly refused to acknowledge the legitimacy of the referendums, saying the war will continue until all regions of Ukraine are liberated from Russian control.

Heavy fighting continued along the front line Monday in Ukraine but was particularly intense near Bakhmut in the Donbas region, where Russian forces conducted offensive ground operations in an attempt to take the city, Pentagon officials said.

“The Russians have made some incremental gains in taking territory, however, Ukraine continues to hold the city,” a senior military official said.

Ukrainians are continuing to consolidate their previous gains while Russian forces are moving to bolster their defensive lines, the Pentagon said.