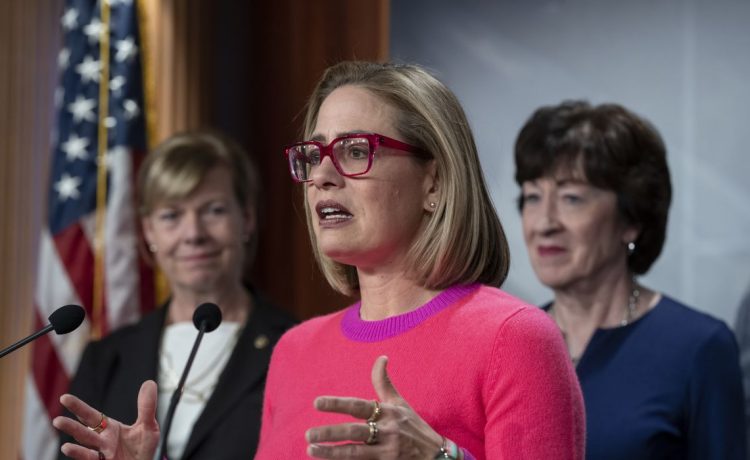 Sen. Kyrsten Sinema has officially filed a statement of candidacy for the 2024 election as an independent with the Federal Election Commission.

The paperwork doesn’t mean Ms. Sinema will re-seek her seat, but it would allow her to raise and spend money.

Ms. Sinema’s filing comes roughly a week after she announced her departure from the Democratic Party.

The senator, who has become a top target from Democrats frustrated with her resistance against liberal priorities, could shore up security in an election where she runs as an independent.

Ms. Sinema was facing an almost definite primary challenge by several Democrats to her left, including the potential contenders of Arizona Reps. Ruben Gallego and Greg Stanton.

If she does run, Arizona could have a threeway Senate race with a Democrat, Republican, and independent, giving Ms. Sinema a better shot at holding her seat.

Ms. Sinema said she left the Democratic Party over her belief that it is no longer a big tent that allows ideological diversity.

“We’ve seen in recent years that the parties have pulled folks to the political edges,” Ms. Sinema told The Arizona Republic. “There’s an increasing demand that you kind of fit in with one political orthodoxy or the other … I’ve never fit that.”