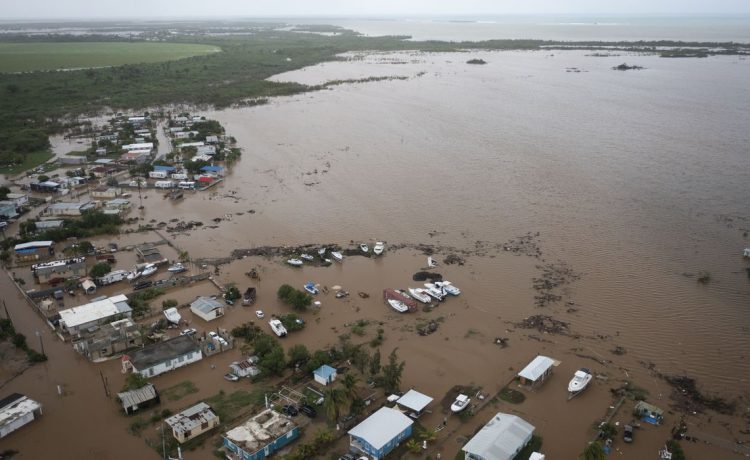 Labor unions representing American merchant sailors and ship owners are lashing out at the Biden administration for granting a waiver to a law enacted to protect the U.S. commercial maritime industry.

The uproar comes after Homeland Security Secretary Alejandro Mayorkas last week approved a request from Puerto Rico’s governor to allow the foreign-registered tanker GH Parks to deliver diesel fuel to the island in the aftermath of Hurricane Fiona.

The labor unions said the waiver, approved by President Biden, violates the Jones Act, which regulates maritime commerce in U.S. waters and between domestic ports.

“We are shocked and outraged at the U.S. Department of Homeland Security’s decision to issue an illegal, unjustified, and unnecessary Jones Act waiver for a British Petroleum tanker that took active steps to ignore and then circumvent fundamental law,” according to a joint statement from several labor organizations including the International Organization of Masters, Mates and Pilots; the American Maritime Officers; and the Marine Engineers Beneficial Association.

“This waiver is a betrayal of the principles of federal maritime law dating back centuries, made worse by the facts of the case,” according to the statement.

The BP-owned GH Parks took on a load of diesel fuel in Texas and headed to Puerto Rico, where it waited until the Jones Act waiver was approved. Under the law, only U.S.-flagged ships can transport goods from one U.S. domestic port to another. The GH Parks sails under the flag of the Marshall Islands.

In a statement, Mr. Mayorkas said he approved the “temporary and targeted” waiver to ensure the residents of Puerto Rico have sufficient fuel as the island recovers from the hurricane.

“The decision to approve the waiver was made in consultation with the departments of Transportation, Energy and Defense to assess the justification for the waiver request and based on input from the governor of Puerto Rico and others on the ground supporting recovery efforts,” he said.

The American Maritime Partnership, which represents most of the U.S. domestic maritime industry, joined the labor unions to denounce the administration’s waiver.

In a letter to Mr. Mayorkas, Ku’uhaku Park, president of the advocacy group, said last week the government failed to determine that American vessels were unavailable to accomplish the mission before granting the waiver.

“The U.S. vessel availability survey is intended to be a sincere effort to avoid outsourcing American jobs to foreign operators. It is not a ‘check the box’ exercise conducted nearly two weeks after the fact to justify a waiver,” said Mr. Parks, who is also president of Matson Navigation Co.

The labor unions said the waiver was unnecessary because American-flagged and -crewed ships had already delivered fuel to the island after the storm and others were available to continue supporting recovery efforts. They called the Biden administration decision “an undeserved slap in the face” to both American mariners and U.S.-flag vessel operators.

“It potentially opens the door for future incursions by foreign-flag interests by giving them a roadmap of what they need to do in order to bully our government into giving them what they want — just show up on our doorstep and call the press,” the unions said. “It threatens the domestic industry at a time when we — like many sectors of the economy — are challenged with worker shortages.”