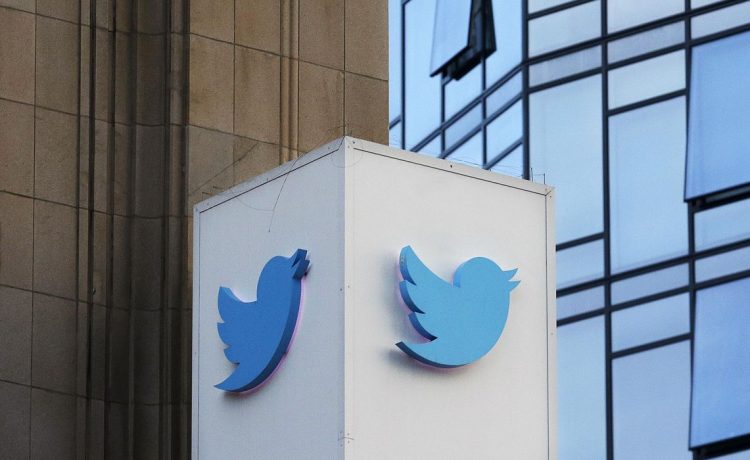 The latest drop, unveiled by independent journalist Matt Taibbi, revealed that officials from Other Government Agency (OGA), a common euphemism for the CIA, were part of regular meetings between federal officials and social media platforms disclosed in previous Twitter Files installments.

“The files show the FBI acting as the doorman to a vast program of social media surveillance and censorship, encompassing agencies across the federal government – from the State Department to the Pentagon to the CIA,” Mr. Taibbi wrote in an extensive Twitter thread on Christmas Eve.

“A chief end result was that thousands of official “reports” flowed to Twitter from all over, through the FITF and the FBI’s San Francisco field office,” he wrote.

One invite for a “FITF Meeting with Twitter” sent in August 2020 by Elvis Chan, the FBI assistant special agent in charge of the bureau’s San Francisco Cyber Branch, shows two attendees identified as OGA officials among the dozens of FBI personnel and Twitter executives on the list.

Mr. Chan also listed OGA briefings on the “Russia Status” in several emails from 2020 that previewed agendas for meetings between the FITF and Twitter.

“OGA, or ‘Other Government Organization,’ can be a euphemism for CIA, according to multiple former intelligence officials and contractors,” Mr. Taibbi wrote. “Chuckles one: ‘They think it’s mysterious, but it’s just conspicuous.’”

In July 2020, Twitter attorney Stacia Cardille wrote in an email to former FBI lawyer turned Twitter exec James Baker that the CIA was expected to attend an “Info Ops conference.”

“I invited the FBI, and I believe that the CIA will attend virtually too,” she said.

Those reports were also shared with Twitter, Yahoo, Twitch, Cloudfare, LinkedIn and Wikimedia.

“Former CIA agent and whistleblower John Kiriakou believes he recognizes the formatting of these reports,” Mr. Taibbi wrote. “‘Looks right on to me,’ Kiriakou says, noting that ‘what was cut off above [the ‘tearline’] was the originating CIA office and all the copied offices.’”

In one assessment from April 2022, officials warned the platforms of Russian attempts to “denigrate French President Emmanuel Macron’s campaign” ahead of France’s presidential run-off election.

Another report proved an overview of “Ukraine ‘Neo-Nazi’ Propaganda” propagated online in February of this year.

Other reports included lists of newspapers, tweets and YouTube videos assessed by government officials to be propelling “anti-Ukraine narratives.”

In some cases, the reports included lists of individual accounts deemed to be the camp of U.S. adversaries.

“Many people wonder if Internet platforms receive direction from intelligence agencies about moderation of foreign policy news stories,” Mr. Taibbi wrote. “It appears Twitter did, in some cases by way of the FITF/FBI.”

The latest Twitter Files drop adds to previous revelations uncovering the extent to which the FBI worked with the platform to moderate speech.

Internal communications have revealed that the FBI reported concerns about specific posts related to the 2020 election, seeking action from Twitter employees.

In many cases, those posts were flagged through a back-channel reporting tool called Teleporter, in which communications between agency officials and Twitter employees were timed to automatically vanish.

In his latest installment, Mr. Taibbi notes that as the 2020 election approached, “the FBI/FITF overwhelmed Twitter with requests, sending lists of hundreds of problem accounts.”

In one November 2020 email exchange between Ms. Cardille and Mr. Baker, Ms. Cardille noted that the FBI had “folks in the Baltimore field office and at HW that are just doing keyword searches of violations.”

Mr. Baker replied that it was “odd that they are searching for violations of our policies.”

One Twitter employee wrote that he was unable to find “links to Russia” after reviewing accounts requested by the FBI, but offered to “brainstorm… and see if we can dig even deeper and try to find a stronger connection.”

The latest installment also follows previous releases showing the platform’s left-leaning bias that led to censorship of conservative perspectives, the suppression of news reports about Hunter Biden’s laptop computer just weeks before the 2020 presidential election, and the decision to permanently ban then President Donald Trump from the platform in the wake of the Jan. 6, 2021, attack on the U.S. Capitol.

The revelations have set off a firestorm on Capitol Hill, and have spurred an investigation by House Republicans into the FBI‘s involvement in censoring conservative speech online and alleged abuses of federal power.

Rep. Jim Jordan, Ohio Republican and incoming chairman of the House Judiciary Committee, said Twitter’s internal documents raised concerns that “the FBI maintained this relationship with Twitter apart from any particularized need for a specific investigation, but as a permanent and ongoing surveillance operation.”

“From disclosed Twitter documents and publicly available information, it is clear the FBI worked extensively with Twitter to advance censorship of certain speech on Twitter’s platform,” he wrote in a letter Friday to FBI Director Christopher A. Wray. “These revelations sadly reinforce our deep concerns about the FBI’s misconduct and its hostility to the First Amendment.”