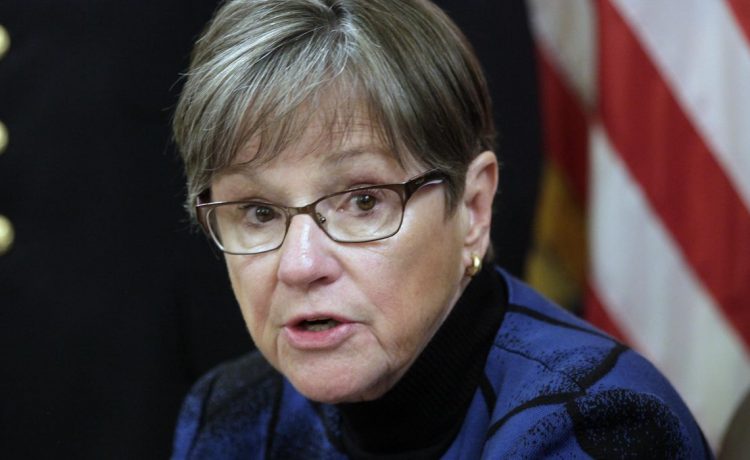 Gov. Laura Kelly has determinedly portrayed herself as a moderate Democrat in her tight reelection bid in deep-red Kansas, but a late-breaking flap over state support for drag shows is threatening to drown out her campaign messaging.

Two events open to “all ages” listed among their supporters the Kansas Creative Arts & Industries Commission, a division of the state Department of Commerce.

“Gov. Kelly has been telling Kansas for months now that she’s in the middle of the road. Well, supporting and funding drag shows for kids of all ages is not middle of the road,” Mr. Schmidt said at a Monday press conference.

“If anybody needs to apologize, it is Derek Schmidt for deceiving the public,” Ms. Kelly told the Kansas City Star.

Republicans had no intention of dropping the matter, emphasizing Tuesday that at least two of the host organizations for the shows had received state grants, pumping oxygen into the story ahead of one of the tightest gubernatorial contests in the nation.

The late October kerfuffle on a hot-button social issue could hardly come at a worse time for Democrats fighting to hang onto Kansas, one of a handful of states where party control of the governor’s office could flip in November.

Democrats are favored to take over for GOP governors in Massachusetts and Maryland. Another five states are rated toss-ups by the Cook Political Report: Arizona, Kansas, Nevada, Oregon and Wisconsin. All except Arizona are now headed by Democrats.

Ms. Kelly led by 47% to 45% in last month’s Emerson College poll. Her ability to attract crossover voters in a conservative state depends in large part on her ability to project a centrist image, as she does in a campaign ad that literally shows her standing in the middle of a two-lane highway.

“Like most Kansans, I’m not too far right or too far left. I’ve always been pretty middle-of-the-road, and that’s how I’ve governed: Getting Republicans and Democrats to meet in the middle,” Ms. Kelly says in the ad.

Threatening to upend that message is the gender-identity issue.

Ms. Kelly twice vetoed bills that would bar male-born athletes from female sports, then landed in a campaign kerfuffle last month for an ad in which she says “of course men should not play girls’ sports.”

Her campaign later explained that she was referring to adult men playing against underage female athletes, prompting Republicans to accuse her of trying to obscure her record.

Supporting and funding drag shows for children of “all ages” is not middle of the road. It’s extreme. It’s wrong. It’s not Kansas. Kansans of all views – Republican, Democrat, Independent – know it’s wrong. It must stop. pic.twitter.com/vkniKxvn0C

The latest issue erupted after a Saturday show called the Dada Ball featuring performances by five “drag artists” at the Chainlink Gallery Place in Wichita, which lists among its supporters the Kansas Creative Arts & Industries Commission [KCAIC].

“The Chainlink Gallery Place is facilitated by Harvester Arts, in partnership with Bokeh Development, the Wichita Community Foundation and Lifeboat Creative and with support from the Kansas Creative Arts & Industries Commission and Knight Foundation,” the venue says on its website.

Billed as a “free, all-ages evening of music, fashion, drag & dancing,” the Saturday event included suggestively clad dancers in drag performing for adults and children, as shown in photos posted Monday by the Daily Mail.

She said that the group had received several grants from the KCAIC but that “neither the KDC or KCAIC sponsored or funded this event,” referring to the Dada Ball.

“Our funding is primarily program based and Chainlink Gallery Place is a new program that is funded entirely through the Knight Foundation and private donors,” she said, adding that Harvester Arts has no full-time staff.

Meanwhile, organizers of a second drag show, the Mall Monster Mash in Wichita scheduled for Friday, said that they had removed the KCAIC logo from their advertising.

“The KCAIC is not sponsoring this event,” OpenStudios said in a statement. “Their logo had been placed on a poster because they have given Fisch Bowl Inc., a 501(c)3 art organization, a grant to help us cover some of the administrative and utility expenses associated with our OpenStudios spaces at Towne West.”

OpenStudios, which offers free studio space to artists, added that “at the request of the KCAIC (standard practice in granting arrangements), I had asked all of our artists to put the KCAIC logo on all their printed material and social media posts, which is why the logo appeared on the promotional material created specifically for this event.”

“However, the KCAIC has no direct role in this event, nor is any of the money they have granted our organization being spent on this event,” said the statement.

The Mall Monster Mash, which is slated to feature nine drag performers, is also billed for “all ages,” but OpenStudios said that “if someone does not wish to experience this event, they may certainly choose not to attend and/or require the same of their children.”

Mr. Lowry denied that the events were sponsored by the department or the commission.

“The Department’s own policy was that organizers note them as a sponsor for all events using these spaces,” she said. “At best, Laura Kelly is guilty of an unacceptable lack of oversight, and at worst, she was hoping no one noticed that government funds were used to support radicals exposing children to sexually explicit performances and is only reversing course because she was caught.”

Early voting for the Nov. 8 election began in Kansas on Oct. 19, according to the secretary of state’s office.