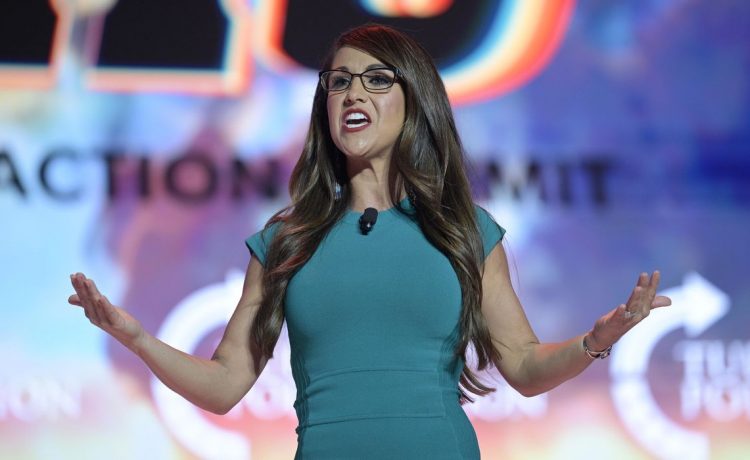 They may not have realized it, but those on the left mocking Rep. Lauren Boebert for tweeting “Two Words: Let’s Go Brandon!” were actually mocking President Biden.

Democrats and left-wing pundits accused the Colorado Republican of not knowing how to count after she posted her Saturday tweet, prompting those who keep up with the news cycle to point out that she was poking fun at Mr. Biden’s miscue the day before.

“Let me start with two words: Made in America,” Mr. Biden said Friday in an appearance at a Volvo truck plant in Hagerstown, Maryland.

The flub was widely reported in conservative media outlets, and even NBC’s “Saturday Night Live” joked about it during its Weekend Update segment, but apparently MSNBC host Joy Reid doesn’t watch SNL.

Other blue-checks were quick to weigh in, including Lincoln Project co-founder Rick Wilson, who tweeted: “Count slowly this time. Use your fingers if you need. There is remedial help after school if you need it.”

Florida state Sen. Gary Farmer, a Democrat, weighed in with: “Check me if I’m wrong, Scotty, but I’m pretty sure that (in addition to being absolutely inappropriate for a sitting member of Congress) is 3 words, not 2!”

Now imagine if they applied the same viewpoint to their guy when he did this rather than me for making a joke about him. https://t.co/8EpjajNeRu

The @EndWokeness account accumulated and retweeted the anti-Boebert mockery, prompting the congresswoman to accuse her critics of a double standard.

“Now imagine if they applied the same viewpoint to their guy when he did this rather than me for making a joke about him,” she said in a Sunday tweet.

The kerfuffle caused “Let’s Go Brandon” to trend Monday on Twitter as commentators debated who was owned and who did the owning.

Those enjoying the spectacle included conservative media critic Stephen L. Miller, who said: “This is one of the most amazing things I’ve seen on Twitter.”

“That leftists don’t know she’s trolling Biden’s recent gaffe further proves how perpetually removed they are from reality,” she tweeted. “They say the things they do because they literally have no idea what’s going on.”

“Let’s go, Brandon” became viral anti-Biden shorthand after an NBC sports reporter said in October 2021 that a NASCAR crowd was chanting the phrase in honor of winning driver Brandon Brown, even though the fans could be heard repeating, “F*** Joe Biden.”