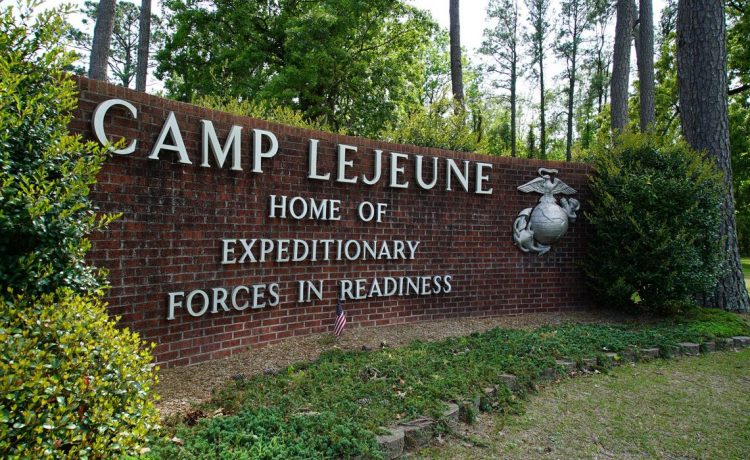 You’ve seen and heard the TV and radio ads: Law firms encouraging ill veterans who were stationed at Camp Lejeune to seek monetary damages from the federal government over the base’s contaminated water.

It’s a multimillion-dollar campaign, and, like past campaigns for mesothelioma, asbestos and smoking-related illnesses, the personal injury law firms stand to make billions of dollars from lawsuits.

“The lawyers representing Camp Lejeune victims stand to make up to 40% of victims’ recoveries in fees for themselves — after doing very little work and with a near-certain chance of recovering in this settlement,” said Bailey Aragon, public affairs manager with the American Tort Reform Association, which estimates that law firms have spent more than $41 million on the ads.

Elizabeth Chamblee Burch, a law professor at the University of Georgia, said fees could go as high as 45% in some cases — it all depends on what lawyers’ contracts with the clients specify.

“It’s hard to say because they never make their contacts public,” she said.

Camp Lejeune in North Carolina, established in 1942, found in 1982 that two of its eight water wells were contaminated.

Veterans and families living on the base who were affected by the contamination are expected to have suffered from various forms of cancer and could have experienced potential birth defects. Veterans who can seek compensation are those who served at the base from 1953 to 1987.

A simple internet search of “Camp Lejeune” can lead to at least four ads from legal groups looking for clients at the top of the search page — even before any government websites emerge — and lawyers also have been blasting out their messages on television, asking for potential clients to contact them.

Some of the personal injury groups involved in the litigation did not immediately respond to a request for comment about the legal claims and fees.

Critics say they stand to have a big pay day, noting that internal data from the American Tort Reform Association reveals the trial bar has spent more than $41 million advertisements specifically for Camp Lejeune.

“Given the ad spend alone, it’s safe to assume the trial bar expects a heavy payout when it’s all said and done,” said Ms. Aragon of the American Tort Reform Association. “While it’s a financially smart move to get involved if you’re a trial lawyer, it’s unfortunately the victims who they claim to want to help who will get the short end of the stick when the lawyers walk away with nearly half of the funds intended to help the individuals exposed to dangerous toxins.”

Marty Callaghan, deputy director for benefits and claims at The American Legion, said his group is concerned about “predatory law firms.” He said the lawyers don’t disclose that any reward a veteran might get from a Camp Lejeune lawsuit would be offset by the government benefits they already receive.

“They have these great ad campaigns designed to basically make money off of veterans and that is not what disability benefits were meant for,” Mr. Callaghan said.

The spur in ads comes after legislation was enacted in August to aid ailing veterans exposed to toxic chemicals. The legislation, known as the ‘‘Honoring our PACT Act of 2022,” gives the veterans or their families two years to bring claims before a judge in the Eastern District of North Carolina, where Camp Lejeune is located.

The law doesn’t give the federal government immunity, which it typically uses as a legal defense.

“There’s going to be billions of dollars going to these predatory law firms at the expense of United States Marines,” said Sen. Dan Sullivan, Alaska Republican. “U.S. Marines who are sick should not have to go begging unscrupulous trial lawyers who are going to take all of the money … This is despicable. We have to fix it.”

Mr. Sullivan, along with fellow Republican Sens. Chuck Grassley and Joni Ernst of Iowa, Kevin Cramer of North Dakota and Tommy Tuberville of Alabama, have introduced a bill that would cap attorneys fees at no more than 10%. In some cases, if a veteran’s claim is settled administratively, the attorney would get no more than 2% of the damages.

Generally, attorneys fees in personal injury cases are around 33%. Mesothelioma attorneys have been charging anywhere from 25% to 40% for legal services, with the average reward being more than $1 million. Meanwhile, the asbestos litigation is expected to reach more than $200 billion in damages, according to estimates from PointofLaw.com from nearly two decades ago.

Jay Tidmarsh, a law professor at the University of Notre Dame, said if the Camp Lejeune legislation is operating under the Federal Torts Claims Act, then fees should be capped at no more than 25% — still much more than Mr. Sullivan’s legislation would allow.

“We don’t know what the top dollar number is going to be, but it’s 25% if the case goes to litigation. It’s 20% if the case settles administratively,” Mr. Tidmarsh said.

Experts estimate the litigation will be similar to the ongoing litigation over 3M corporation’s allegedly defective earplugs for military personnel. Both Mr. Tidmarsh and Ms. Burch said the Camp Lejeune litigation will not be nearly as large as the asbestos and big tobacco cases.

“This may, at most, generate 50,000 cases,” Mr. Tidmarsh said. “Not everybody who was exposed to the water suffered the health consequence.”

With regard to 3M, there’s been at least $300 million awarded to veterans who lost their hearing or suffered from tinnitus. More than 250,000 lawsuits have been filed in that litigation.

It’s unclear how much the federal government may end up paying to ailing vets who served at Camp Lejeune, but it’s had to pay $2.5 billion for roughly 37,000 claims related to the exposure of radiation during nuclear testing operations during the Cold War and more than $7 billion to individuals suffering as a result of the Sept. 11 attacks. Those payouts, though, were done through compensation funds and not mass litigation.

It’s estimated that roughly one million veterans could have been impacted by the water at Camp Lejeune.